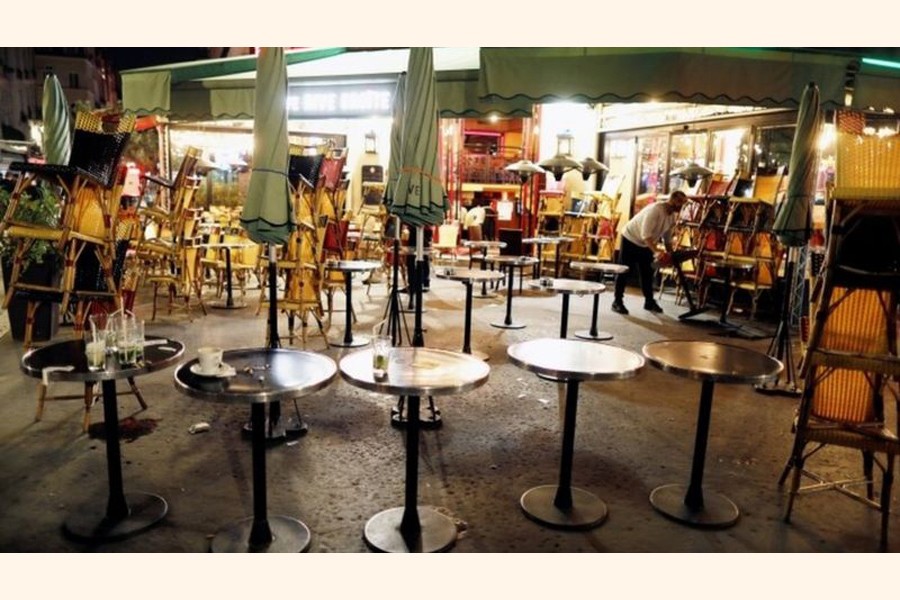 PARIS, Oct 18 (BBC): The streets of Paris and eight other French cities were deserted on Saturday night as a new curfew was enforced.

The controversial overnight curfew is aimed at curbing the soaring Covid infection rate in France, which is one of Europe's coronavirus hotspots.

There have been complaints from restaurant owners, whose businesses are already suffering after the two-month lockdown in the spring.

New measures are also to be announced in Italy due to a rise in cases.

Italy, which was the first European country to be hit significantly by Covid in the first wave, registered a record number of new daily cases on Saturday.

In France, about 20 million French people are covered by the month-long curfew in cities including Marseille, Lyon, Lille and Toulouse, as well as the capital. The curfew runs from 21:00 to 06:00 every night.

President Emmanuel Macron said the curfews were necessary to avoid the risk of hospitals being overrun.

But many are concerned about the effect it could have on businesses.

"There will surely be employees who will lose their jobs," Stefano Anselmo, manager of Italian restaurant Bianco in Paris told the Reuters news agency. "It's a disaster."

France reported a record number of new cases of the virus on Saturday - a rise of 32,427, the health ministry said. A day earlier the country recorded 25,086 new infections.

Slovak Prime Minister Igor Matovic has said the country will test every person aged 10 and older for coronavirus amid a surge in confirmed cases and deaths.

The government declared a state of emergency earlier this month, and introduced new restrictions this week - including a ban on church services and other mass events, the closure of fitness centres and pools, and a switch to remote learning for schools.