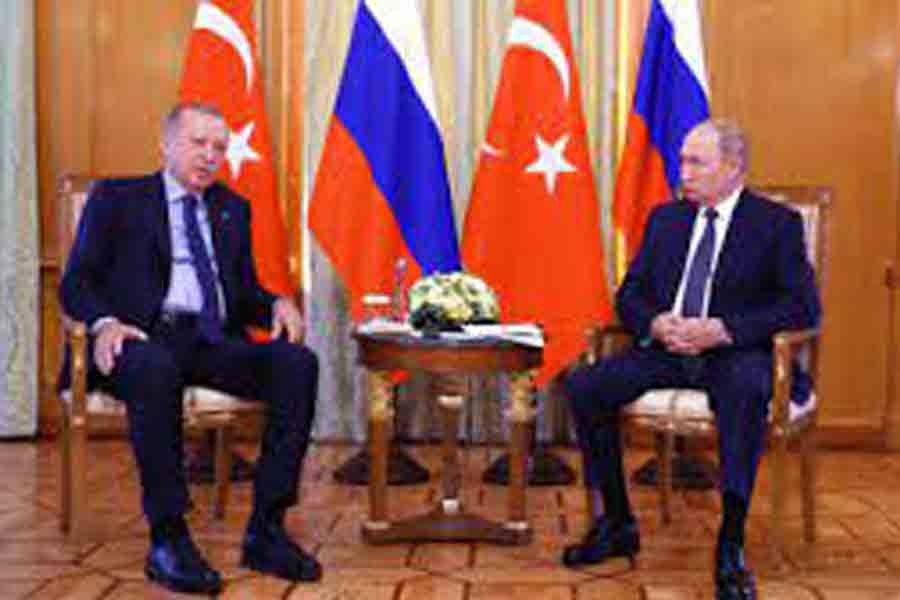 As Kremlin Spokesman Dmitry Peskov announced earlier, the negotiations are scheduled to touch upon a wide range of bilateral cooperation as well as regional and international issues. Thus, the leaders are expected to focus on the Russian-Turkish multifaceted cooperation, including the prospects for broader trade and economic ties in the future and the implementation of joint strategic energy projects, and to share views on exports of Ukrainian grain, on Ukraine, Syria and Nagorno-Karabakh, TASS reported.

President Vladimir V. Putin of Russia has told Erdogan he hopes to sign an agreement to boost trade and economic ties between Moscow and Ankara.

"I hope that today we will be able to sign a relevant memorandum on the development of our trade and economic ties," the Russian leader said as the pair sat down for talks in Sochi, reports Al Jazeera.

Sitting opposite his Russian counterpart ahead of the discussions, Erdogan said that meetings between Turkish and Russian delegations had been fruitful to date and that he would also discuss developments in Syria with Putin during his visit to Russia. He added in comments broadcast on Turkish television that it was important that the Akkuyu nuclear plant being built by a Russian company in southern Turkey was completed on time.