India gears up for US president’s visit 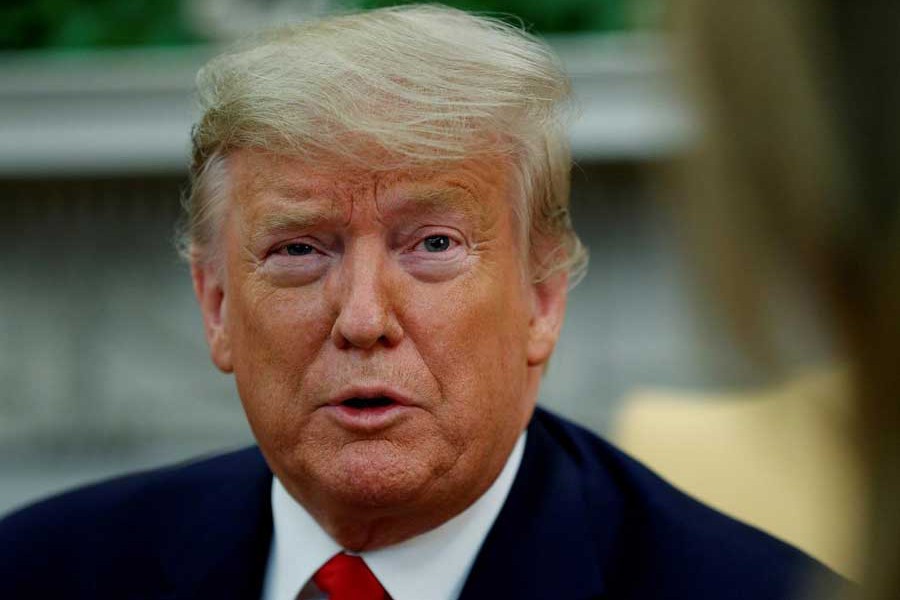 NEW DELHI, Feb 14 (Arab News): Excitement is mounting ahead of Donald Trump’s first visit to India, while the main city of the trip is getting a major facelift to host the American president later this month.

The enthusiasm has been projected as mutual, with First Lady Melania Trump saying she is “excited” about the trip.

“Thank you @narendramodi for the kind invitation. Looking forward to visiting Ahmedabad & New Delhi later this month @POTUS & I are excited for the trip and to celebrate the close ties between the #USA & #India,” the first lady said in a Twitter post on Wednesday night, in response to the Indian prime minister’s earlier announcement of the visit.

Trump’s two-day visit will start on Feb. 24 in Ahmedabad, the capital city of the western state of Gujarat — Prime Minister Narendra Modi’s place of origin.

The Ahmedabad Municipal Corporation is erecting walls to hide the city’s slum areas and has planted mature plum trees to get a new, greener look.

Trump will be escorted from the Ahmedabad airport by Modi in a 10-km roadshow to Sabarmati Ashram, the residence of India’s founding father Mahatma Gandhi.

The ashram was the center of the country’s freedom struggle and resistance to British imperialism.

Later, Trump and Modi will inaugurate the newly constructed Sardar Vallabhbhai Patel Stadium and address a gathering which, according to Ahmedabad Municipal Corporation officials, is going to be attended by more than 100,000 people, whom the local administration is mobilizing “not only from the state but also other parts of India.”

Since the program has yet to be made public, local officials are hesitant to comment. However, the city’s mayor Bijal Patel told Arab News that “all the concerned departments are working overtime to make the event memorable.”