IS guns down three female TV workers in Afghanistan 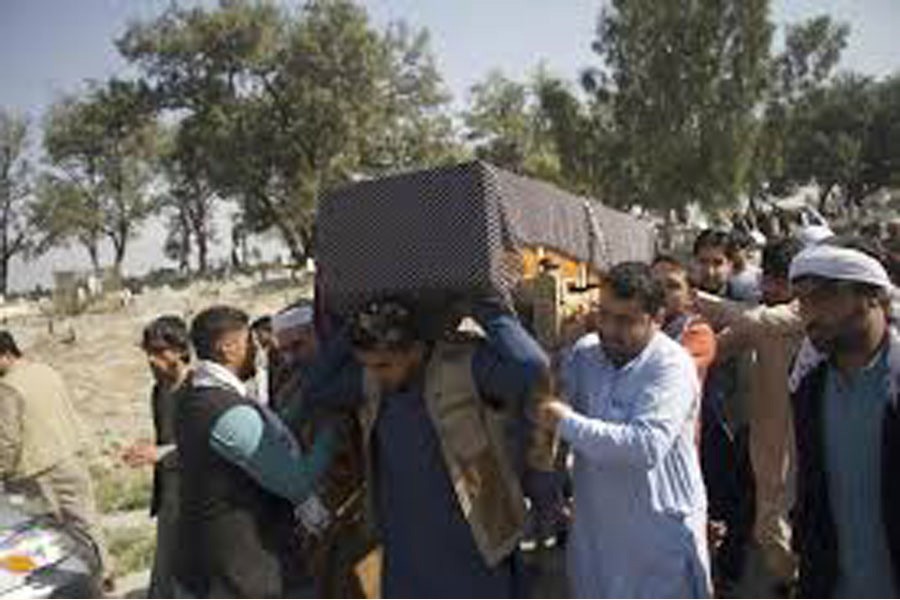 Realatives carrying the body of a victim for burrial — Internet

The women were killed in two separate but co-ordinated attacks as they made their way home from work in Jalalabad. A fourth was critically hurt.

Tuesday's shootings are part of a wave of killings, with rights activists, judges and journalists among targets.

The Taliban are thought to be behind many of the incidents - but IS also has a presence, particularly in the east.

The three women killed in Jalalabad were aged between 18 and 20, and had recently finished high school. They worked in the dubbing department of the privately-owned Enikas TV station, said its head, Zalmai Latifi.

Officials say Mursal Wahidi was attacked as she walked home. The two others - identified as Sadia Sadat and Shahnaz - were killed in a separate incident on the same night, also while returning home.

"They are all dead. They were going home from the office on foot when they were shot," Mr Latifi told AFP news agency.

On Wednesday IS released a statement claiming its fighters had targeted the women but did not provide further details. Authorities had earlier arrested a man they said was the main suspect in the shootings and said they were looking for accomplices.

They claimed the suspect detained was a member of the Taliban, the largest insurgent group in Afghanistan, but it denied involvement.

A wave of targeted assassinations has spread fear in Afghanistan in recent months, as the US draws down troops following a February 2020 deal with the Taliban, which paved the way for peace talks.

There is anger at the government's failure to stem a campaign of killing that appears aimed at silencing progressive voices. In Jalalabad relatives held funerals on Wednesday. Sadia's cousin Mohammad Nazif said she had received no warnings.

"I don't know why the militants target such innocent girls. I ask them to stop the targeted killing of media workers," he told AFP.

Enikas TV station says of 10 women it employed, four have now been killed - including a presenter, Malalai Maiwand, who was shot dead in December along with her driver while travelling in Jalalabad. IS claimed it was behind the attack.

Afghan President Ashraf Ghani told the BBC last month that he did not fear a Taliban military takeover of the country, saying: "This is not a government that is collapsing."

In February Nato said it had not yet decided whether its troops would leave by May as agreed under the deal with the Taliban. Around 9,000 Nato soldiers remain, of whom about 2,500 are US troops.

One of US President Joe Biden's most pressing tasks is to decide if his government will keep to the terms of the deal signed under his predecessor Donald Trump.