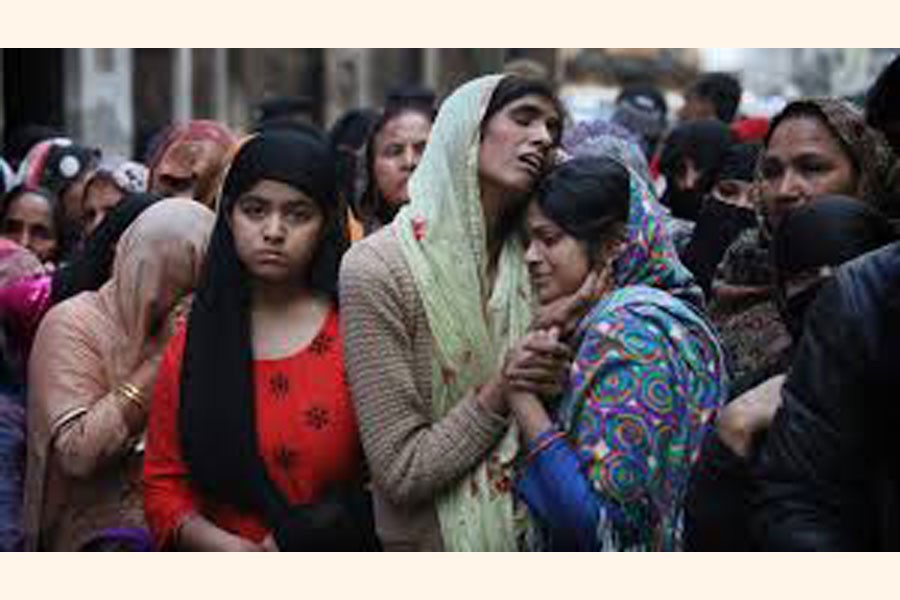 Khan placed his trembling hand on his bloody eye socket and his fingers slipped deep into the wound. At that moment, Khan was sure he would die.

Khan ended up surviving the violence that killed 53 others, mostly fellow Muslims, when it engulfed his neighborhood in the Indian capital 12 months ago.

But a year after India's worst communal riots in decades, the 35-year-old is still shaken and his attacker still unpunished. Khan says he's been unable to get justice due to a lack of police interest in his case.

"My only crime is that my name identifies my religion," Khan said at his home in New Delhi's North Ghonda neighborhood.

Many of the Muslim victims of last year's bloody violence say they have run repeatedly into a refusal by police to investigate complaints against Hindu rioters. Some hope the courts will still come to their help.

But others now believe the justice system under Prime Minister Narendra Modi's Hindu-nationalist government has become stacked against them.

Adding to the sense of injustice is that accounts from Muslim victims as well as reports from rights groups have indicated that leaders of Modi's Bharatiya Janata Party and the New Delhi police force tacitly supported the Hindu mobs during the fevered violence.

New Delhi police did not respond to repeated requests for comment, but they insisted last year that their investigation had been fair and that nearly 1,750 people had been booked in relation to the riots - half of them Hindus.

But a letter one senior police officer sent to investigators five months after the riots appeared to suggest them they go easy on Hindus suspected of violence, prompting criticism from the Delhi High Court.

Communal clashes in India are not new, with periodic violence breaking out ever since the British partition of the Indian subcontinent in 1947. But in the last seven years, observers say, religious polarization fueled by the Hindu nationalist base of Modi's party has further deepened the fault lines and raised tensions.

Many believe the catalyst for last year's riots was a fiery speech by Kapil Mishra, a leader from Modi's party. On Feb. 23, 2020, he gave police an ultimatum, warning them to break up a sit-in by demonstrators protesting against a new citizenship law Muslims say is discriminatory, or he and his supporters would do it themselves.