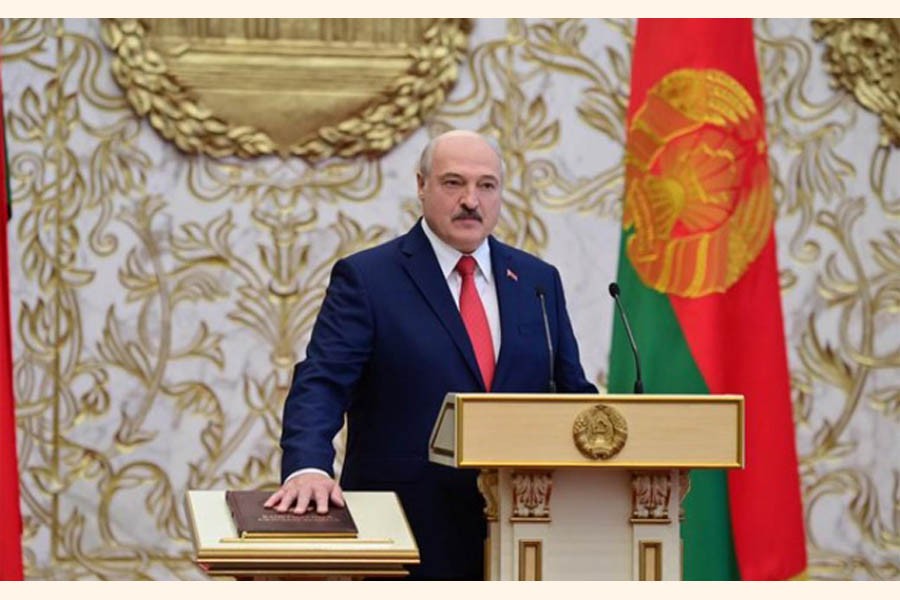 MINSK, Sept 24 (Reuters): Ignoring calls for an end to his 26-year grip on power, President Alexander Lukashenko of Belarus was sworn in for a sixth term on Wednesday after an election that the opposition and several foreign governments say was rigged.

The ceremony would normally have been publicised as a major state occasion but was instead held without warning following Lukashenko's claim of a landslide victory in the Aug. 9 election.

The opposition, which has staged more than six weeks of mass protests demanding his resignation, denounced the inauguration as illegitimate and called for more demonstrations on Wednesday evening.

The United States and European Union are drawing up sanctions against officials involved in the election and a subsequent crackdown by the security forces.

The official news agency Belta said Lukashenko placed his right hand on a copy of the constitution and swore the oath of office at a ceremony attended by several hundred people.

The 66-year-old leader said the country needed safety and consensus "on the brink of a global crisis", an apparent reference to the COVID-19 pandemic.

"I cannot, I have no right to abandon the Belarusians," he said.

Some chanted "Sasha, come out, we'll congratulate you!", referring to the diminutive form of Lukashenko's first name.

Rumours had swept Minsk that the 66-year-old leader, in power since 1994, was preparing for a snap inauguration ceremony when a motorcade swept through the centre of the capital earlier on Wednesday.

An opposition politician, Pavel Latushko, said the swearing-in was like a secret "thieves' meeting".