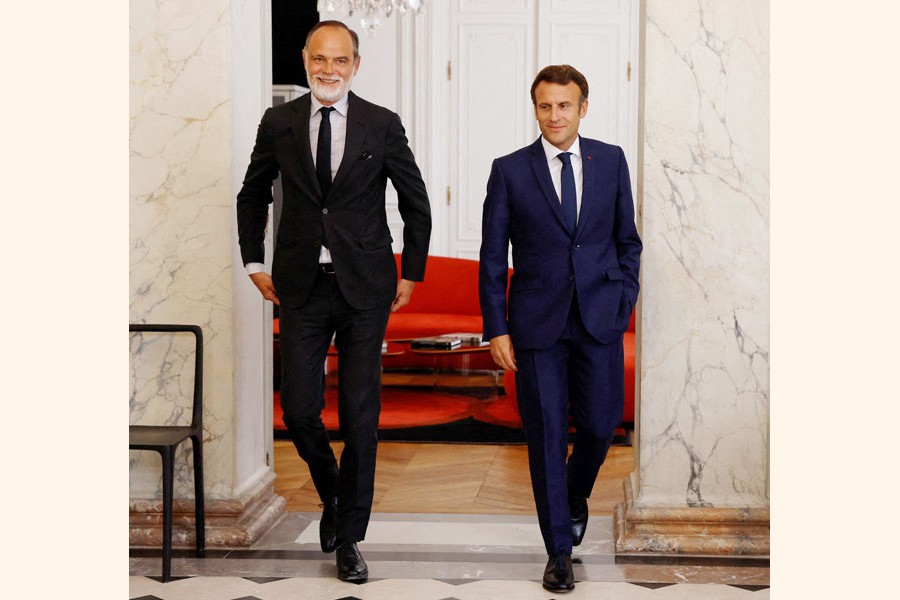 PARIS, June 22 (AFP): French President Emmanuel Macron pressed on with efforts Wednesday to end the crisis created by his failure to retain a parliamentary majority but with no solution in sight to an impasse that jeopardises his reform plans.

Macron's centrist alliance finished Sunday's parliamentary elections 44 seats short of a majority in the National Assembly, as a new left-wing coalition and the far-right made major gains.

The situation has called into question Macron's plans for reform in his second term after his April presidential re-election-including a key measure to reduce the retirement age-and risks denting his international stature.

On Tuesday, Macron hosted rare talks at the Elysee Palace with opposition leaders, including the head of the far-right National Rally (RN) Marine Le Pen, to find a way out of the crisis.

He will meet other leaders on Wednesday, though the head of the left-wing NUPES alliance, hard-leftist Jean-Luc Melenchon is sending MP Adrien Quatennens, 32, to represent him in a clear snub to the president.

The meetings so far appear to have made little headway, and Macron has also rejected an offer from under-fire PM Elisabeth Borne to resign.

"The unfindable compromise? Emmanuel Macron is trying to regain the initiative but no consensus has been found," said the right-wing Le Figaro daily.

Analysts have said the most viable solution would be a deal between Macron's centrist alliance and the right-wing Republicans (LR), a party on the decline but which still won 61 seats.

But after talks with Macron on Tuesday, LR leader Christian Jacob ruled out any kind of "pact" with Macron's Together alliance.

"We need to hear what the voters have said and take them seriously," he said.

Macron has remained characteristically remote, not making any public comment so far on what commentators see as one of the biggest setbacks of his political career.

Communist party chief Fabien Roussel, who is part of the NUPES alliance and held talks with Macron on Tuesday, said after the meeting that the president had evoked a "government of national unity" as a way out.

Speaking as she introduced new MPs at parliament on Wednesday, Le Pen said the president had floated the same idea with her.