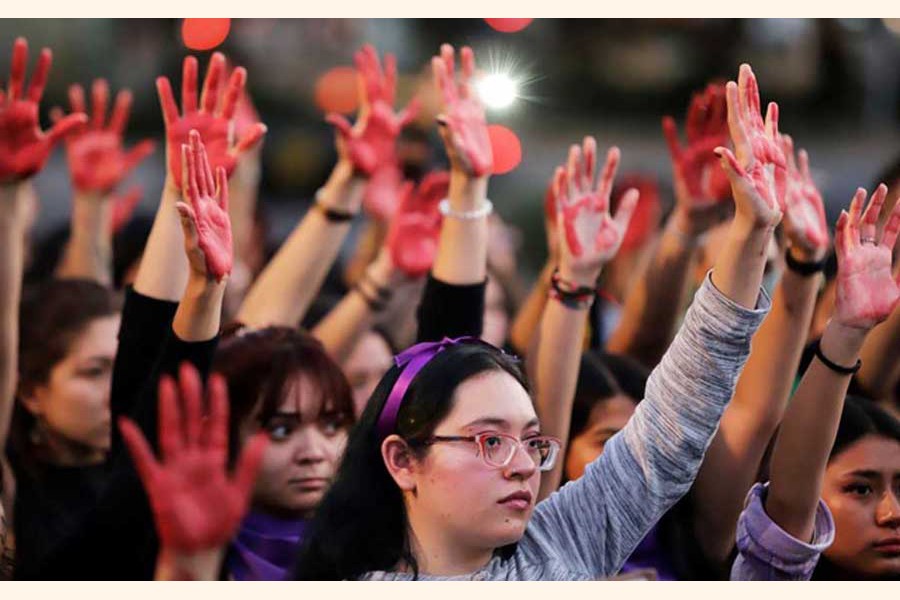 MEXICO CITY, Feb 27 (New York Times): No women in offices or schools. No women in restaurants or stores. No women on public transportation, in cars or on the street.

A country without women, for one day.

That's the vision of an alliance of feminist groups in Mexico that - fuelled by the rising violence against women and girls, including two horrific murders that appalled the nation this month - has called for a 24-hour strike by the country's female population on March 9.

The action is to protest gender-based violence, inequality and the culture of machismo, and to demand greater support for women's rights.

Promoted under the hashtag #UNDÍASINNOSOTRAS, A Day Without Us, it has gained extraordinary momentum across this country of more than 120 million, with wide-ranging buy-in from the public and private sectors, civic groups, religious leaders and many, if not most, women.

The support has cut across the boundaries of class, ethnicity, wealth and politics that fracture this nation, and has given organisers hope that this might be not just a monumental event but also a watershed moment in the modern history of Mexico.

"So many of our slogans and mottos - like, 'The revolution will be feminist,' or 'The future is feminist' - they talked about this moment," said Arussi Unda, spokeswoman for Las Brujas del Mar, a feminist collective in Veracruz state that is helping to mobilise the strike. "It seems like the moment might already be here."

In the past year, feminist activism in Mexico, partly inspired by the global #MeToo movement, has gained new energy as women have taken to the streets in anger and frustration to protest gender-based violence and entrenched attitudes of machismo.

The protests have been rowdy and, at times, violent, as participants have smashed windows and defaced public monuments - including the National Palace - with spray-painted slogans and feminist exhortations.

Sabina Berman, a Mexican novelist and feminist activist, said that the nucleus of these latest protests was a younger generation of women who have lost patience with a more measured approach to activism.

"They have decided to skip the pacifist, smiling kind of protests, and instead smash windows," she said. "It was them who lit the spark by taking that further step, and they made us all wake up."

After simmering for months, the movement reached a roiling boil this month after the horrific murders of a woman and a girl.

Ingrid Escamilla, 25, a Mexico City resident, was stabbed, skinned and disembowelled. Her body was found on Feb. 9, and photos of her mutilated body were leaked to tabloids, which published the images on their front pages, adding to the public outrage.

On Feb 11, Fátima Cecilia Aldrighett, 7, was abducted from her primary school in Mexico City and her body was discovered wrapped in a plastic bag next to a construction site on the outskirts of the capital.