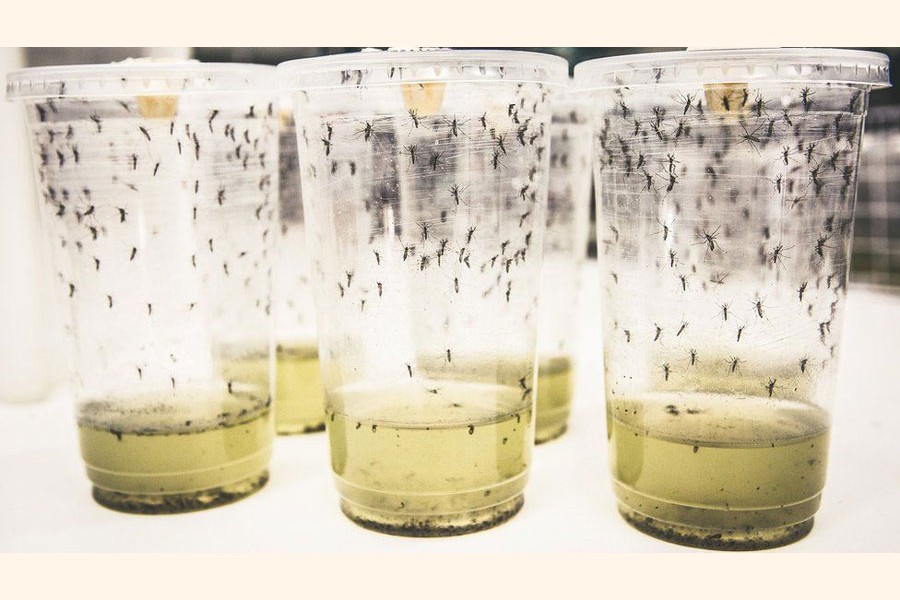 JAKARTA, June 10 (BBC): Dengue fever cases have been cut by 77% in a "groundbreaking" trial that manipulates the mosquitoes that spread it, say scientists.

They used mosquitoes infected with "miraculous" bacteria that reduce the insect's ability to spread dengue.

The trial took place in Yogyakarta city, Indonesia, and is being expanded in the hope of eradicating the virus.

The World Mosquito Programme team says it could be a solution to a virus that has gone around the world.

Few people had heard of dengue 50 years ago, but it has been a relentless slow-burning pandemic and cases have increased dramatically.

In 1970, only nine countries had faced severe dengue outbreaks, now there are up to 400 million infections a year.

Dengue is commonly known as "break-bone fever" because it causes severe pain in muscles and bones and explosive outbreaks can overwhelm hospitals.

The trial used mosquitoes infected with Wolbachia bacteria. One of the researchers, Dr Katie Anders, describes them as "naturally miraculous".

Wolbachia doesn't harm the mosquito, but it camps out in the same parts of its body that the dengue virus needs to get into.

The bacteria compete for resources and make it much harder for dengue virus to replicate, so the mosquito is less likely to cause an infection when it bites again.

The trial used five million mosquito eggs infected with Wolbachia. Eggs were placed in buckets of water in the city every two weeks and the process of building up an infected population of mosquitoes took nine months.

Yogyakarta was split into 24 zones and the mosquitoes were released only in half of them.

The results, published in the New England Journal of Medicine, showed a 77% reduction in cases and an 86% reduction in people needing hospital care when the insects were released.

"It's very exciting, it's better than we could have hoped for to be honest," Dr Anders told the BBC.

The technique has been so successful the mosquitoes have been released across the whole city and the project is moving to surrounding areas with the aim of eradicating dengue in the region.

Dr Anders, who is also the director of impact assessment at the World Mosquito Programme, said: "This result is groundbreaking.

"We think it can have an even greater impact when it is deployed at scale in large cities around the world, where dengue is a huge public health problem."

Wolbachia are also spectacularly manipulative and can alter the fertility of their hosts to ensure they are passed on to the next generation of mosquitoes.

It means once Wolbachia has been established, it should stick around for a long time and continue to protect against dengue infection.