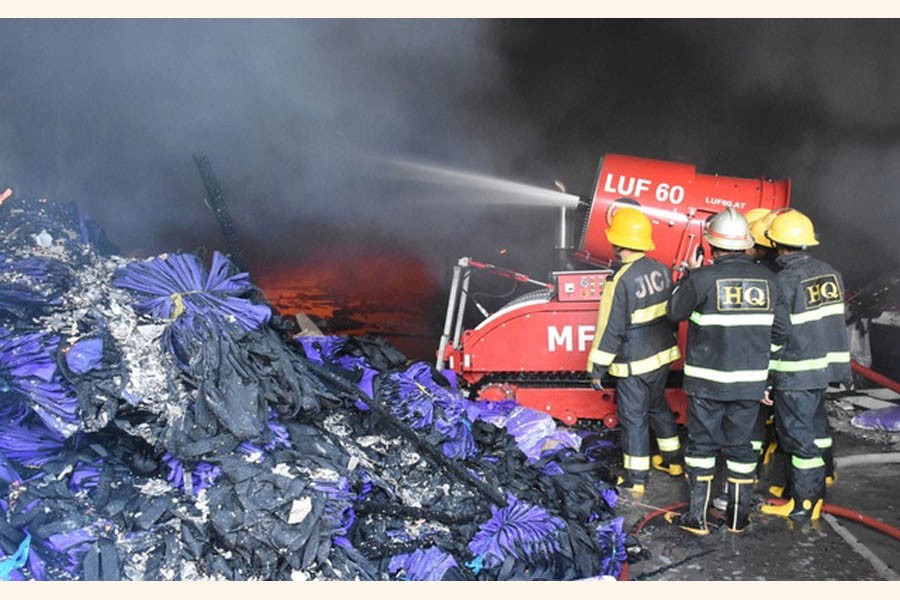 YANGON, Apr 07 (Reuters): Myanmar troops fired at anti-coup protesters on Wednesday, killing at least 13 people and wounding several, media said, as a series of small blasts hit the commercial capital Yangon and a Chinese-owned factory was set on fire.

More than 580 people have been killed, according to an activist group, in the turmoil in Myanmar since a Feb. 1 coup that ended a brief period of civilian-led democracy. Nationwide protests and strikes have persisted since then despite the military's use of lethal force to quell the opposition.

Security forces opened fire on Wednesday on protesters in the northwestern town of Kale as they demanded the restoration of Aung San Suu Kyi's civilian government, domestic media said.

A resident of the area and the Myanmar Now news outlet said 11 people were killed and several wounded.

Reuters could not independently verify the toll.

Two protesters were killed in the town of Bago near Yangon, Myanmar Now said.

At least seven small explosions were heard in Yangon, including at government buildings, a military hospital and a shopping mall, residents said. There were no casualties and no claims of responsibility.

The US Embassy in Yangon said it had received reports of "handmade 'sound bombs,' or fireworks meant to create noise and cause minimal damage".

A fire broke out in the Chinese-owned JOC Garment Factory in Yangon on Wednesday, the Fire Department said. There were no reports of casualties and no details on the extent of damage.

In another Yangon neighbourhood, activists set fire to the Chinese flag, according to pictures posted on Facebook.

China is viewed as being supportive of the military junta and last month arson attacks were made on 32 Chinese-invested factories in Yangon.