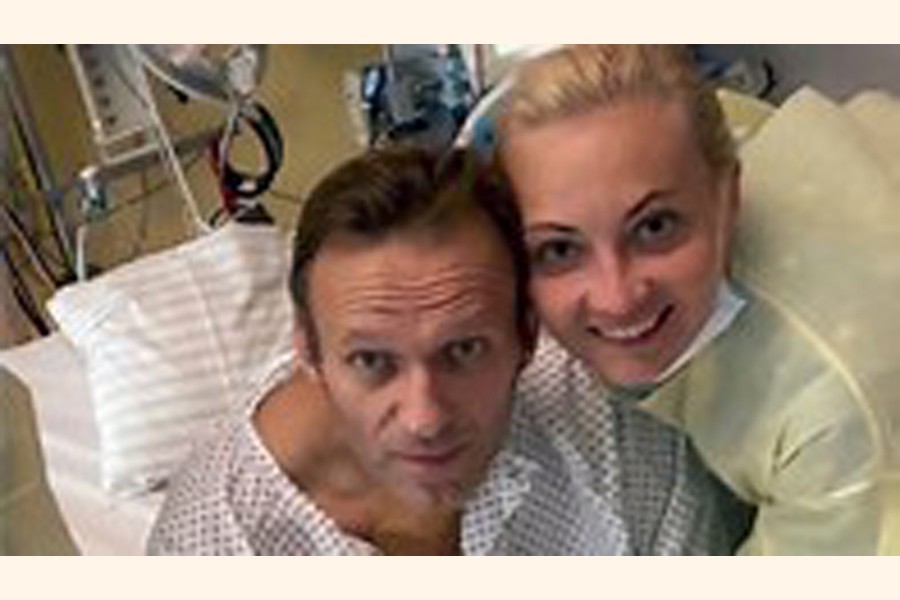 BERLIN, Sept 15 (AP): Russian opposition leader Alexei Navalny is off a ventilator and is able to leave his hospital bed briefly, his doctors said Monday, while Germany announced that French and Swedish labs have confirmed its findings that he was poisoned with the Soviet-era nerve agent Novichok.

Navalny, 44, was flown to Berlin for treatment at the Charite hospital two days after falling ill on a domestic flight in Russia on Aug. 20. Germany has demanded that Russia investigate the case.

He has "successfully been removed from mechanical ventilation" and is able to leave his bed "for short periods of time," the hospital said.

Although noting the improvement in Navalny's health, the statement didn't address the long-term outlook for the anti-corruption campaigner and most prominent opponent of Russian President Vladimir Putin.

Doctors have previously cautioned that even though Navalny is recovering, long-term health problems from the poisoning cannot be ruled out.