Russia has 'no expectation' of better US ties

MOSCOW, Sept 11: Russia said on Wednesday it has "no expectation" of any improvement in relations with Washington after the dismissal of Donald Trump's national security advisor John Bolton. "We have observed several times in the past that changes in the US administration bring no improvement. That's why we have no expectation," deputy foreign minister Sergei Ryabkov told the Novosti news agency. "We judge on acts not declarations or intentions. When we see progress, then we can say that something has changed." — AFP

WELLINGTON, Sept 11: New Zealand Prime Minister and Labour Party leader Jacinda Ardern on Wednesday accepted Labour President Nigel Haworth's resignation over his handling of sexual assault allegations. "In the last 48 hours, I have read incredibly distressing reports of an alleged sexual assault involving members of the Labour Party," Ardern said in a statement. "It confirmed that the allegations made were extremely serious, that the process caused complainants additional distress, and that ultimately, in my view, the party was never equipped to appropriately deal with the issue," she said. — Xinhua 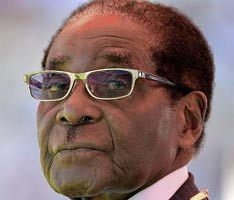 SINGAPORE CITY, Sept 11: The body of Zimbabwe's former President Robert Mugabe was being returned to his homeland Wednesday to lie in state before his burial in the African nation he ruled for decades. Mugabe died Friday in a Singapore hospital at age 95. The ex-guerrilla leader took power when Zimbabwe shook off white minority rule in 1980. He enjoyed strong public backing in the initial years, but that support waned following repression, economic mismanagement and alleged election-rigging and he was forced out of power in 2017. —AP

ANKARA, Sept 11: Turkish and US commanders held a meeting in Ankara on Tuesday on the safe zone in Syria and the discussion will continue at the joint operations center in Akcakale district of southern Sanliurfa province, Turkey's Minister of Defense said. Deputy Commanders from USEuropean Command (USEUCOM) and US Central Command (USCENTCOM) met with Turkish General Staff leaders in Ankara early this week to discuss key topics related to the implementation of the northeastern Syria security mechanism, USEUCOM said in a written statement. — Xinhua

BARCELONA, Sept 11: Divided after their failed 2017 secession bid, Catalonia's separatists will hold a rally in Barcelona on Wednesday that will test their strength before a Spanish court in October serves verdicts against the leaders of the independence push. Since 2012, separatists have held massive rallies on September 11, Catalonia's "national day", which marks the fall of Barcelona to Spain in 1714. Organisers say a million people took part in past "Diada" rallies. — AFP

WASHINGTON, Sept 11: Republican Dan Bishop won a North Carolina congressional seat Tuesday in a special election that served as a test for President Donald Trump ahead of his bid for a second term in 2020. With 99 percent of precincts reporting, Bishop won 50.81 percent of the vote against 48.59 for Democrat Dan McCready, a former US Marine who had positioned himself as the moderate in the race, the final election of the 2018 midterm cycle. — AFP