BERLIN, Jan 24: Myanmar activists and 16 alleged victims of abuse have filed a criminal complaint in Germany, accusing top generals of instigating genocide against Rohingya Muslims and other atrocities since a military coup two years ago. The filing is the latest in a series of international legal efforts to try to hold the Myanmar military accountable for alleged atrocities against the country's Rohingya minority and democracy supporters and civilians opposed to the coup. Fortify Rights, a human rights group backing the complaint, said Germany was picked because of its recognition of the principle of "universal jurisdiction", which holds that a national court can try individuals accused of serious international crimes. —Reuters 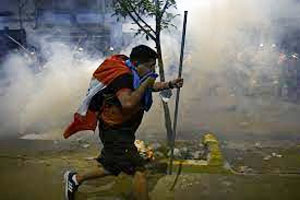 LIMA, Jan 24: Riot police tossed tear gas to disperse anti-government protesters in new unrest in Peru's capital on Monday, and the nation's interior minister said there was no end in sight to the tumult gripping the nation. Several hundred protesters marched in colonial central Lima to demand the ouster of President Dina Boluarte-some shouting "Dina murderer!"-until police moved in with tear gas volleys. This crisis triggered by the ouster of leftist and Indigenous president Pedro Castillo early last month stems largely from a gaping inequity between Peru's urban elite and poor rural Indigenous people in the southern Andean region who saw him as one of their own and working to make their lives better. The unrest has left 46 dead in the South American nation, and Interior Minister Vicente Romero forecast no relief. "The social protests will continue. We are working intensively with the defense ministry to resolve them," Romero told the state TV Peru channel. —AFP

STOCKHOLM, Jan 24: Finland's top diplomat appeared to suggest Tuesday that the country may have to join NATO without Sweden after Turkey's president cast doubt on the expansion of the military alliance. "We still have to evaluate the situation if it turns out that Sweden's application is stalling for a long time to come," Finnish Foreign Minister Pekka Haavisto told Finnish broadcaster YLE. His comment came a day after Turkish President Recep Tayyip Erdogan warned Sweden not to expect support for its bid for NATO membership following weekend protests in Stockholm by an anti-Islam activist and pro-Kurdish groups. Until now, Sweden and Finland have been committed to join the alliance together, but Haavisto's comment appeared to suggest that Finland was considering proceeding without its Nordic neighbor. —AP 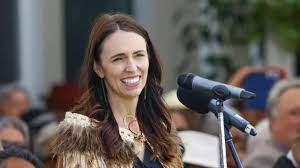 WELLINGTON, Jan 24: Jacinda Ardern made a de facto farewell speech as New Zealand prime minister on Tuesday with the presence of her successor Chris Hipkins. The outgoing Labor leader on her last day as prime minister said her departure should not be viewed as a negative commentary on New Zealand. "I have experienced such love, compassion, empathy and kindness when I've been in this job - that has been my predominant experience," Ardern said while visiting Ratana with Hipkins. Ardern said she is not going anywhere and will still be the Member of Parliament for Mt Albert and she will be away from the center of politics. Travelling with Ardern, Hipkins said he and Ardern have reflected on the last few years, adding "it's a bittersweet moment." —Xinhua

PYONGYANG, Jan 24: North Korean authorities have warned of extreme weather conditions in the country as a cold wave sweeps the Korean peninsula. Temperatures are likely to dip below -30C in the northern regions, which are also the poorest part of the country, the state radio broadcaster said. Coastal areas are also expected to see high winds, according to state media. South Korea too has issued a cold wave warning and northern China has been experiencing record low temperatures. Temperatures are also expected to drop to their lowest in a decade in Japan this week. While North Korea has been affected by extreme or adverse weather much like other places, little is known about the impact of this on its people. Ryanggang, North Hamgyong and South Hamgyong, the country's poorest provinces and those expected to be most vulnerable to climate shocks, are all located in the north. — BBC