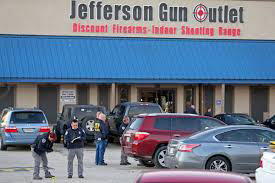 METAIRIE, Feb 22: A person entered a gun store and shooting range in a New Orleans suburb and fatally shot two people Saturday, prompting customers and staff to open fire on the shooter, a sheriff said. The shooter also died. The shooting happened around 2:50 p.m. at the Jefferson Gun Outlet in the suburb of Metairie, according to a release from the Jefferson Parish Sheriff's Office. Sheriff Joseph Lopinto said the shooter initially struck two people inside, and then several other people - whether employees or store customers - opened fire on the shooter, both inside and outside of the building. — AP

HOUSTON, Feb 22: Millions of Texans were still without safe water on Sunday as officials fielded angry complaints over shockingly large power bills spawned by a cold weather crisis that Houston's mayor said was ultimately preventable. But some 28,000 households remained without electricity on Sunday, the poweroutage.us website said, and many Texans were suffering an added insult: residential electric bills sometimes running into the thousands of dollars, with one as high as $16,000. — AFP

TEHRAN, Feb 22: The head of the UN nuclear watchdog says Iran has agreed to extend UN inspectors' access to its nuclear sites for three months. But the hastily brokered agreement will give IAEA officials less access and end their right to make snap inspections. Iran is changing its access policy from Tuesday because the US has not lifted the sanctions imposed since Donald Trump abandoned the 2015 nuclear deal. Iran says it will not reverse the measures unless the US fully complies with the 2015 deal - but US President Joe Biden has said Iran must do so first. The crisis over Iran's nuclear programme has been on the international agenda for almost 20 years. — BBC

NEW DELHI, Feb 22: The arrival of Indian Naval Ship (INS) Pralaya in Abu Dhabi "underscores the deep rooted, friendly ties and multi-faceted cooperation between India and UAE," the Ministry of Defence said on Saturday. The visit of the ship "will further strengthen defence cooperation between the two countries," the Ministry said. The visit of INS Pralaya to Abu Dhabi is to participate in the NAVDEX 21 and IDEX 21 defence exhibitions scheduled to open on Sunday. Separately, INS Mysore, an indigenously built guided missile destroyer, which is deployed in the Gulf region on a mission, is also making a port call at Abu Dhabi now for three days. — WAM 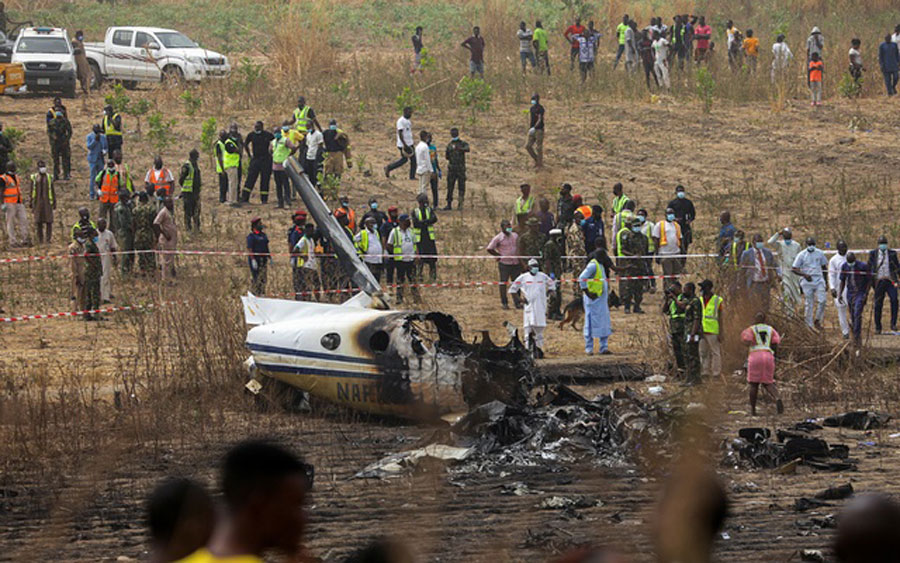 ABUJA, Feb 22: A small Nigerian air force passenger plane crashed just outside Abuja airport due to engine failure on Sunday, killing all seven people on board, the air force said. "First responders are at the scene. Sadly, all 7 personnel on board died in the crash," said air force spokesman Ibikunle Daramole said in a statement. The Beechcraft KingAir B350i aircraft crashed while returning to the Abuja airport after reporting engine failure en route to Minna, he said. The city of Minna lies about 110 kilometres (68 miles) northwest of Abuja. In scrubland just outside the airport perimeter, dozens of military and airport officials picked through the charred remnants of the airplane. Fire engines and ambulances stood by. The smell of burning chemicals lingered in the air but no fire or smoke were visible, a Reuters witness said. — Reuters

TRIPOLI, Feb 22: More than 200 illegal migrants, including women and children, have been rescued off Libyan coast, the United Nations High Commissioner for Refugees (UNHCR) said Saturday. "Over 200 persons were brought to Tripoli by the Libyan Coast Guard, among them 9 women and 3 children," the agency tweeted. "UNHCR and partner IRC (International Rescue Committee) are providing relief items and medical aid to all survivors," the commissioner said.The Libyan navy said it recovered the body of one undocumented migrant during Saturday's rescue operation, adding that some migrants have escaped after they were rescued and returned to Libya. — Xinhua