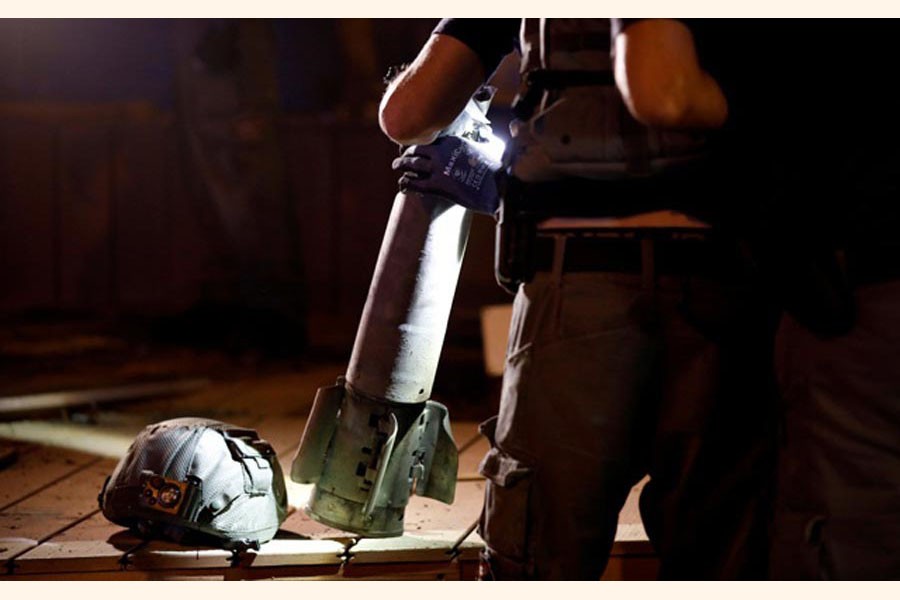 There was no immediate claim of responsibility for the attack from the Hamas Islamist-run territory.

Palestinians, who seek an independent state in the occupied West Bank and Gaza view the US-brokered deals between Israel, the United Arab Emirates and Bahrain as betrayal of their cause.

Warning sirens sounded in the coastal cities of Ashkelon and Ashdod as Israeli Prime Minister Benjamin Netanyahu, US President Donald Trump and the UAE and Bahraini foreign ministers held the signing ceremony on the White House lawn.

Automated rocket alerts on TV screens in Israel during live broadcasts from Washington were a graphic reminder of on-going conflict along the restive Gaza border, even as Tel Aviv's city hall was lit up with the word "peace" in Arabic, Hebrew and English. Israel's Magen David Adom ambulance service said paramedics treated two men for light injuries from flying glass in Ashdod, where a rocket exploded outside a shopping centre, blowing out storefront windows.

In Gaza, which Israel blockades, citing security concerns, dozens of Palestinians rallied outside a UN office to condemn the normalisation deals shortly before the signing ceremony began.