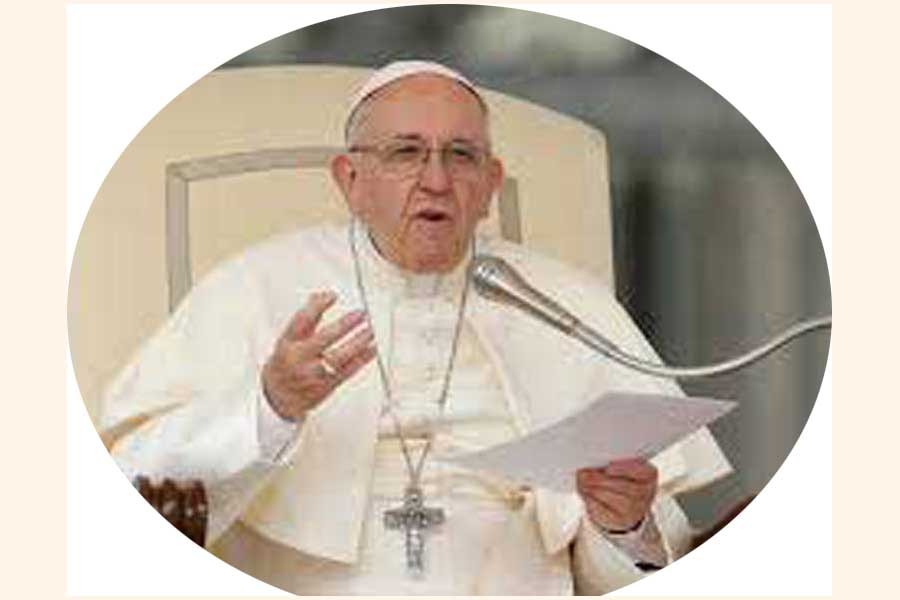 VATICAN CITY, Feb 13 (New York Times): Pope Francis has for now rejected a landmark proposal by bishops to allow the ordination of married men in remote areas, a potentially momentous change that conservatives had warned would set the Roman Catholic Church on a slippery slope toward lifting priestly celibacy and weakening church traditions.

Francis' decision, in a papal letter made public on Wednesday, surprised many given the openness he had displayed on the subject and his frequently expressed desire for a more collegial and less top-down church.

It disappointed supporters of Francis who had hoped for more revolutionary change. Coming seven years into his papacy, it also raised the question of whether Francis' promotion of discussing once-taboo issues is resulting in a pontificate that is largely talk.

His closest advisers have already acknowledged that the pope's impact has waned on the global stage, especially on core issues like immigration and the environment. His legacy, they have said, will be inside the church, where his authority is absolute.

"It's difficult to reform a long-standing global institution," said Marco Marzano, author of "The Immobile Church: Francis and the Missed Revolution," who called it "improbable" that Francis could deliver on all the changes his supporters hoped for, especially because they ignored his moderate streak. For liberals, he said, "there has been an exaggerated optimism."

But the pope's refusal to allow married priests was likely to delight conservatives, many of whom have come to see Francis and his emphasis on a more pastoral and inclusive church as a grave threat to the rules, orthodoxy and traditions of the faith.

Cardinal Gerhard Ludwig Muller, who was fired as the church's top doctrinal watchdog by Francis in 2017 and has emerged as one of his most prominent conservative critics, welcomed the letter as a "document of reconciliation."

"This text could also have the reconciling effect of reducing internal church factions, ideological fixations and the danger of inner emigration or open resistance," Muller, of Germany, wrote on Wednesday.

The recommendation to allow married priests in remote areas was approved by more than two-thirds of the voting members who attended a church leaders' summit on the Amazon region in October.

The proposal, which aimed to further the reach of the church in areas with a shortage of priests, set off a vigorous debate.