'Rule of six' to fight COVID comes into effect in UK 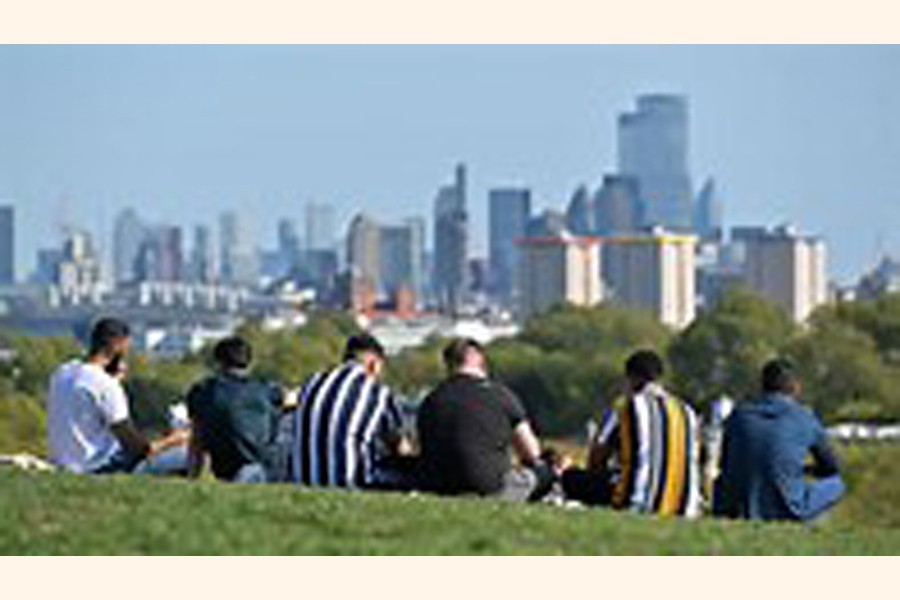 They are following the rule — Internet

LONDON, Sept 15 (Xinhua): In order to curb the rise in coronavirus cases, tough new limits on social gatherings came into force in Britain on Monday, meaning that in most regions, it is now illegal for groups of more than six to meet up.

The "rule of six" kicked off at midnight across England, Wales and Scotland in the latest push to curb the recent surge in coronavirus infections.

The new rule applies across indoor and outdoor settings, with police able to disperse gatherings of over six people and fine individuals involved.

The new restrictions were imposed after the country's reproduction, or R, number escalated to between one and 1.2 for the first time since March.

On Sunday, more than 3,000 COVID-19 cases were reported for the third day in a row -- the first time since May that the grim threshold was hit on three consecutive days.

The new "rule of six" simplifies and strengthens the rules on social gatherings, making Britons easier to understand and easier for the police to enforce.

It means that, apart from a set of limited exemptions including work and education, any social gatherings of more than six people will be against the law.

Police officers are empowered to disperse any unlawful gatherings and fine individuals involved 100 pounds (about 128.87 U.S. dollars), doubling up to a maximum of 3,200 pounds (about 4,120.06 dollars).

It remains the case that organisers and facilitators of larger gatherings of more than 30 people, such as unlicensed music events, can be subject to fines of up to 10,000 pounds (12,887.35 dollars).

"As we continue to fight this virus, I urge the public not participate in social gatherings of more than six people in any setting, indoors or outdoors," Home Secretary Priti Patel said.