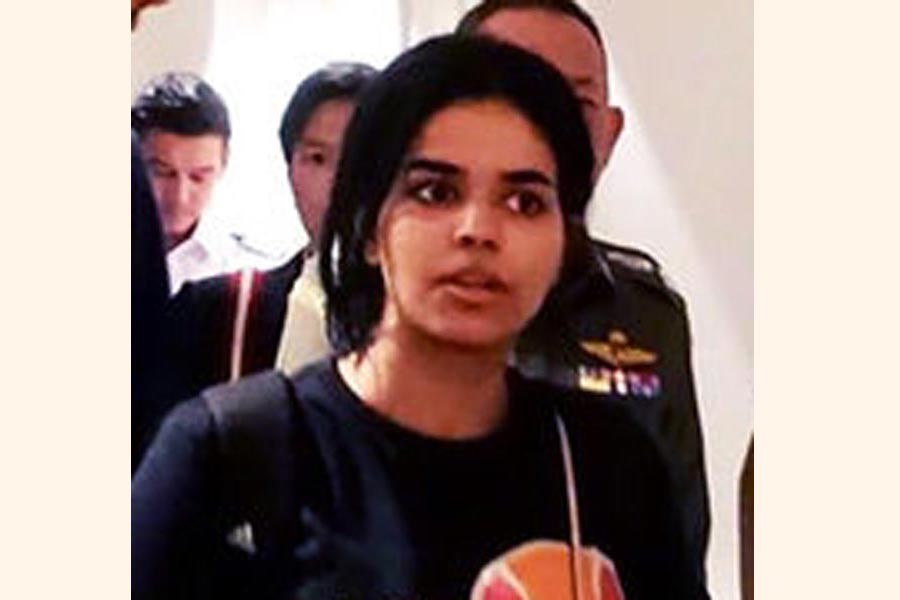 BANGKOK, Jan 11 (Reuters): A Saudi teenager who fled to Thailand saying she feared her family would kill her deleted her Twitter account on Friday after getting death threats, a friend said, while she awaits a decision on where she might be granted asylum.

Rahaf Mohammed al-Qunun (18), arrived in Thailand on Saturday and was initially denied entry.

She soon started posting messages on Twitter from the transit area of Bangkok's Suvarnabhumi airport saying she had "escaped Kuwait" and her life would be in danger if forced to return to Saudi Arabia.