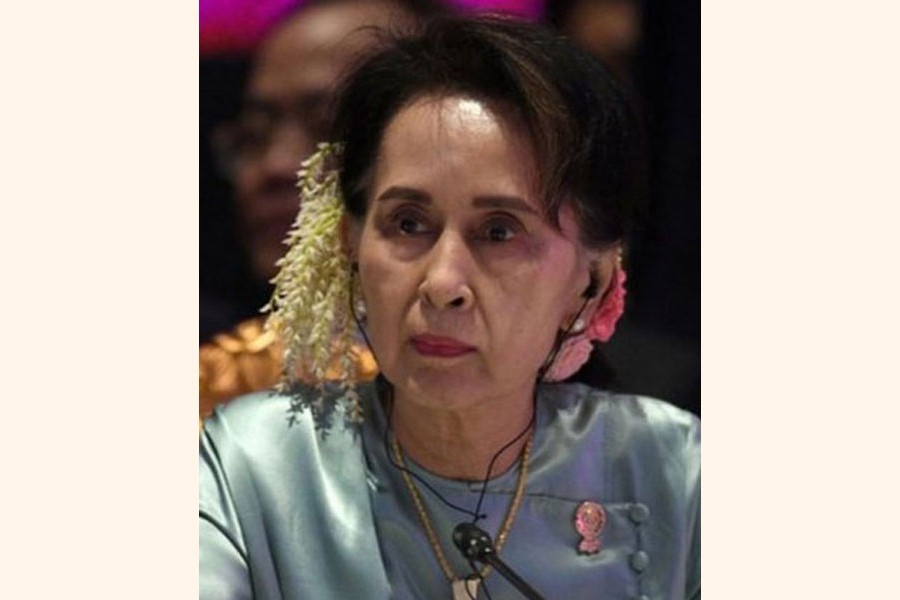 Ms Suu Kyi is accused of accepting cash and gold in bribes, and faces up to 15 years in jail if found guilty.

She faces six other charges relating to alleged illegal imports of walkie-talkies and inciting public unrest.

The former state counsellor was arrested on 1 February when the military seized power in a coup.

She has since been held under house arrest, and little has been seen or heard of her apart from brief court appearances.

It also alleged that the previous civilian government - the National League for Democracy (NLD) - had lost significant sums of money in land deals. Besides Ms Suu Kyi, , who spent years under house arrest during previous periods of military rule, several other former officials face similar corruption and bribery charges.

Prior to this, the most serious charge filed against Ms Suu Kyi alleged that she had broken the official secrets act - which carries a term of up to 14 years in jail.