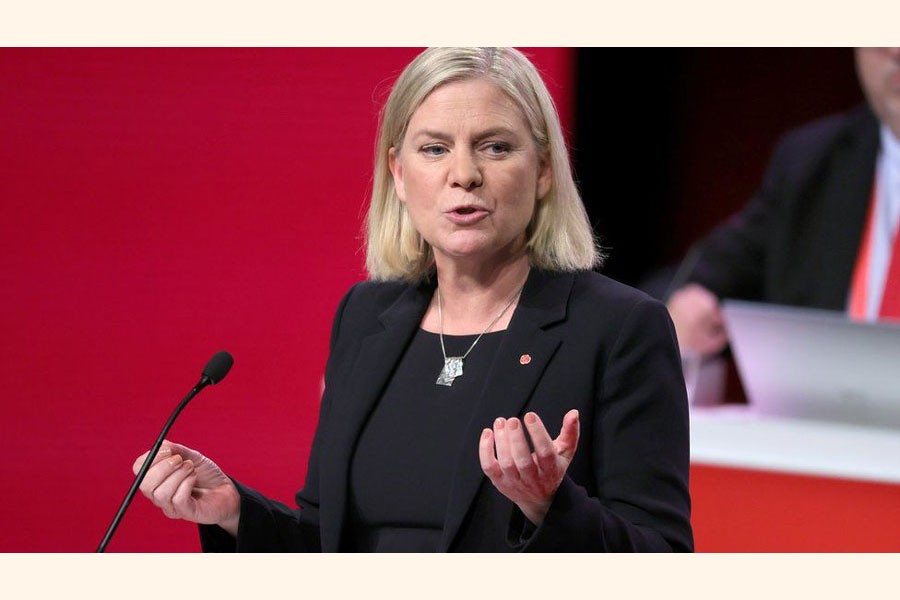 STOCKHOLM, Nov 24 (BBC): Magdalena Andersson has been approved by Sweden's parliament as the country's first ever female prime minister, replacing Stefan Lofven as leader of the centre-left Social Democrats.

Sweden is the only Nordic country never to have elected a woman as national leader before.

However, she was elected because under Swedish law she only needed a majority of MPs not to vote against her.

The 54-year-old Social Democrat leader was given a standing ovation by sections of the parliament, or Riksdag, Swedish television reports.

Her election followed an 11th-hour deal with the opposition Left party, in exchange for higher pensions for many Swedes.

A former junior swimming champion from the university city of Uppsala, she began her political career in 1996 as political adviser to Prime Minister Goran Persson.

However, she faces a tough job from the outset, with opposition parties on the right saying they'll reject the government's budget later on Wednesday.