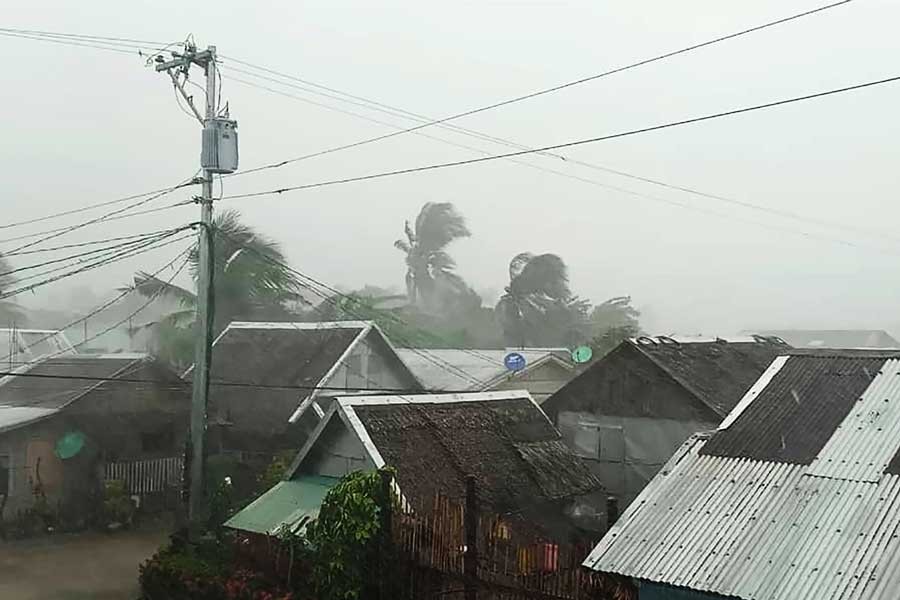 MANILA, Dec 02 (AFP): The Philippines was braced for powerful Typhoon Kammuri as the storm churned closer, forcing evacuations and threatening plans for the Southeast Asian Games events near the capital Manila.

Kammuri is expected to make landfall late Monday or early Tuesday in the nation's east with heavy rains and wind gusts of up to 185 kilometres (115 miles) per hour, forecasters said.

The storm is on track to then pass close to Manila, which is home to some 13 million people and the site for many of the SEA Games competitions.

Nearly 70,000 people have already fled their homes in the Bicol region, which is where the typhoon is expected to make landfall.

"We hope there won't be any damage, but given its (Kammuri's) strength, we can't avoid it," Mark Timbal, spokesman for the national disaster agency, told AFP.

"We have preemptively evacuated people in areas that are in the storm's direct path."

The weather bureau also warned of rain-induced landslides and possible storm surges of up to three meters (10 feet) which could hit coastal areas in the nation's east.

The Philippines is hit by an average of 20 storms and typhoons each year, killing hundreds and putting people in disaster-prone areas in a state of constant poverty.

The country's deadliest cyclone on record was Super Typhoon Haiyan, which left more than 7,300 people dead or missing in 2013.