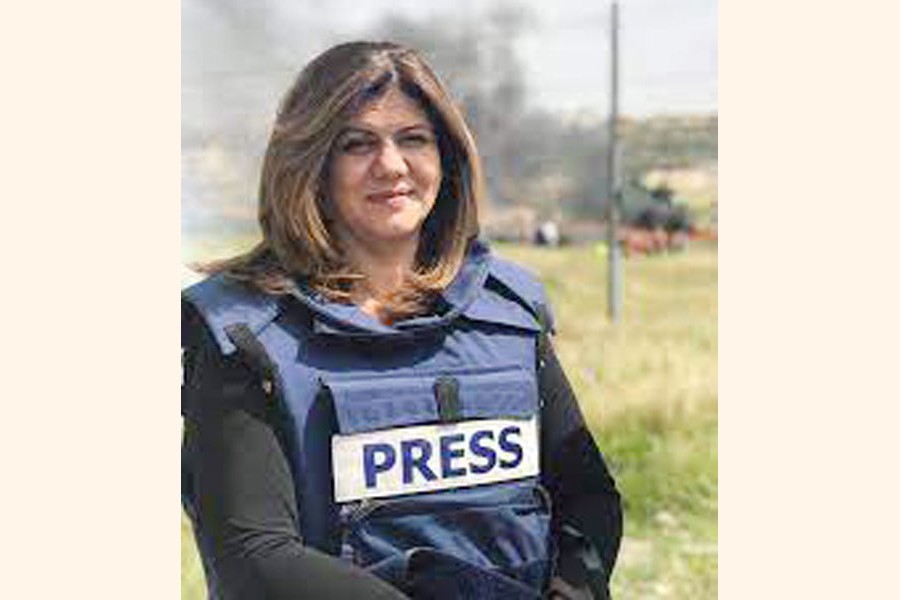 Israel and the Palestinians have traded blame over the fatal shooting of the Palestinian-American on Wednesday during an Israeli raid in the occupied West Bank.

The interim findings of an Israeli army investigation could not determine who fired the bullet that killed Abu Akleh, the military said.

But an army statement noted a soldier could have fired the bullet that killed the 51-year-old journalist, in what Al Jazeera called a deliberate "killing in cold blood".

"The investigation shows two possibilities for the source of the shot that killed her," the army said.

The first could have been "massive fire of Palestinian gunmen (at Israeli soldiers), as part of which hundreds of bullets were shot from a number of locations."

"The other option is that during the gunfight, one of the soldiers shot a few bullets from a jeep using a telescopic scope at a terrorist who was firing at his vehicle."

Israel forbids public displays of Palestinian flags and often storms individuals who hoist them at rallies or protests in the city.

"The inhumanity (of) Israel is on full display", said the former top Palestine Liberation Organization official.

Thousands of mourners attended the funeral at a church in Jerusalem's Old City in the afternoon.

Roads were closed along the route of the procession as Israel bolstered security to "ensure the funeral takes place safely and without violence that could endanger participants or others", an Israeli police spokeswoman said.

Meanwhile, the killing of Al Jazeera's Shireen Abu Akleh in the occupied West Bank has created an uproar as commentators and social media users criticise Western media outlets for "whitewashed" reporting that appeared to shy away from mentioning that Israeli forces had killed the seasoned reporter.

Abu Akleh, a Palestinian-American journalist who worked for Al Jazeera's Arabic television channel, was hit by an Israeli live bullet on Wednesday morning, according to witnesses, as she covered an Israeli military raid in the occupied West Bank city of Jenin.