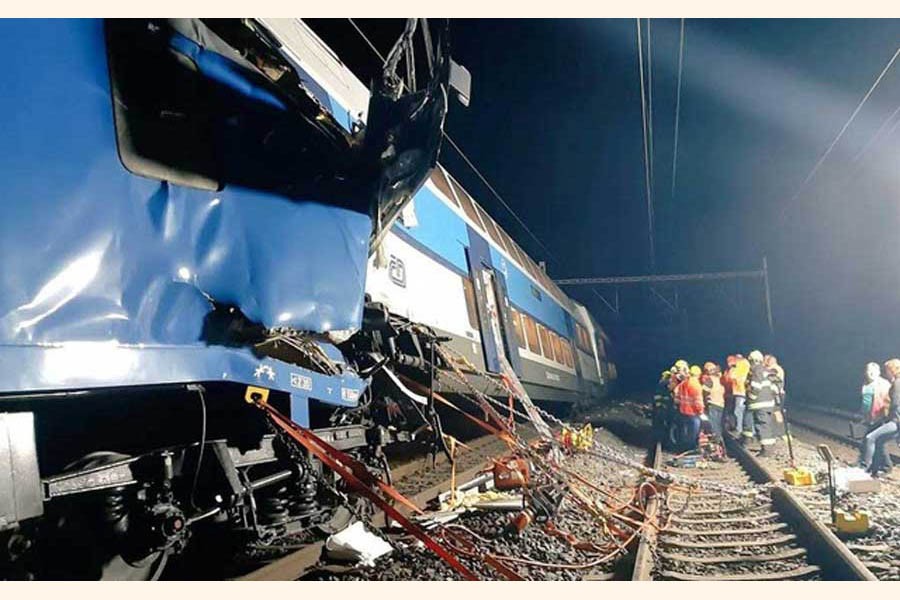 PRAGUE, July 15 (Xinhua): One person has died and at least 35 were injured in a collision of two trains Tuesday night near Cesky Brod, central Bohemia of the Czech Republic, according to local media reports Wednesday.

The accident happened at around 9:30 p.m. local time (1930 GMT) when a passenger train hit the end of a freight train on the line from Prague to Kolin, one of the major lines in the country, the Czech News Agency reported.

All the injured, including four severely, have been sent to hospitals, emergency service spokeswoman Petra Effenbergerova was quoted by the agency as saying.

"Most likely the driver passed the traffic light on the red light, even though it is a very well-secured track," the news agency quoted Havlicek as saying.

Another train collision killed two people and injured 24 in the northwest of the country near the border with Germany on July 7.