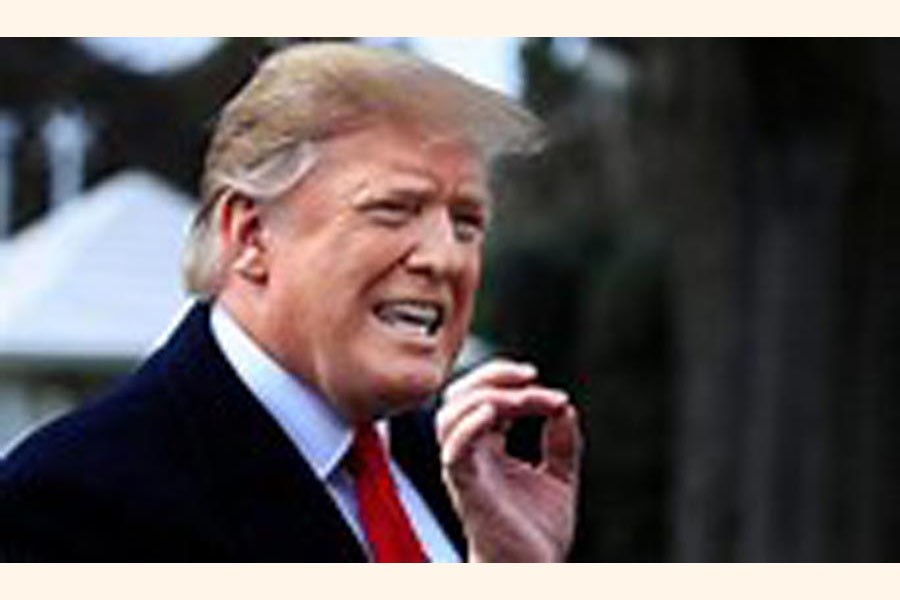 NEW YORK, Sept 16 (BBC): US President Donald Trump has denied downplaying the seriousness of Covid-19, despite admitting in a recorded interview to having done that.

At a televised event with voters, Mr Trump said he had "up-played" it.

The claim contradicts comments Mr Trump made to journalist Bob Woodward earlier this year, when he said he minimised the virus's severity to avoid panic.

Mr Trump also repeated on Tuesday that a vaccine could be ready "within weeks" despite scepticism from health experts.

No vaccine has yet completed clinical trials, leading some scientists to fear politics rather than health and safety is driving the push for a vaccine before the 3 November presidential elections.

More than 195,000 people have died with Covid-19 in the US since the beginning of the pandemic, according to data collated by Johns Hopkins university.

Meanwhile, the magazine Scientific American on Tuesday endorsed a presidential candidate for the first time in its 175-year history, backing Democrat Joe Biden for the White House.

The magazine said Mr Trump "rejects evidence and science" and described his response to the coronavirus pandemic as "dishonest and inept".

At Tuesday's town hall meeting held by ABC News in Philadelphia, Pennsylvania, Mr Trump was asked why he would "downplay a pandemic that is known to disproportionately harm low-income families and minority communities".

Mr Trump responded: "Yeah, well, I didn't downplay it. I actually, in many ways, I up-played it, in terms of action."

"My action was very strong," he said, citing a ban imposed on people travelling from China and Europe earlier this year.

"We would have lost thousands of more people had I not put the ban on. We saved a lot of lives when we did that," Mr Trump said.

The US ban on foreign travellers who were recently in China came into force in early February, while a ban on travellers from European countries was introduced the following month.

But Mr Trump has been accused of being slow implementing measures to curtail the virus.

One epidemiologist told the New York Times in February that curtailing travel to and from China was more of an emotional or political reaction.

"The cow's already out of the barn and we're now talking about shutting the barn door," Dr Michael Osterholm, an epidemiologist and director of the Center for Infectious Disease Research and Policy at the University of Minnesota, told the newspaper.

In its statement on Tuesday, Scientific American said despite warnings in January and February, Mr Trump "did not develop a national strategy to provide protective equipment, coronavirus testing or clear health guidelines."

Woodward, who broke the Watergate scandal in 1972 and is one of the US's most respected journalists, interviewed Mr Trump 18 times from December to July.

In February, Mr Trump indicated in an interview with Woodward that he knew more about the severity of the illness than he had said publicly.

According to a recording of the call, the president said coronavirus was deadlier than the flu.