Trumps inflated net worth of family co by billions 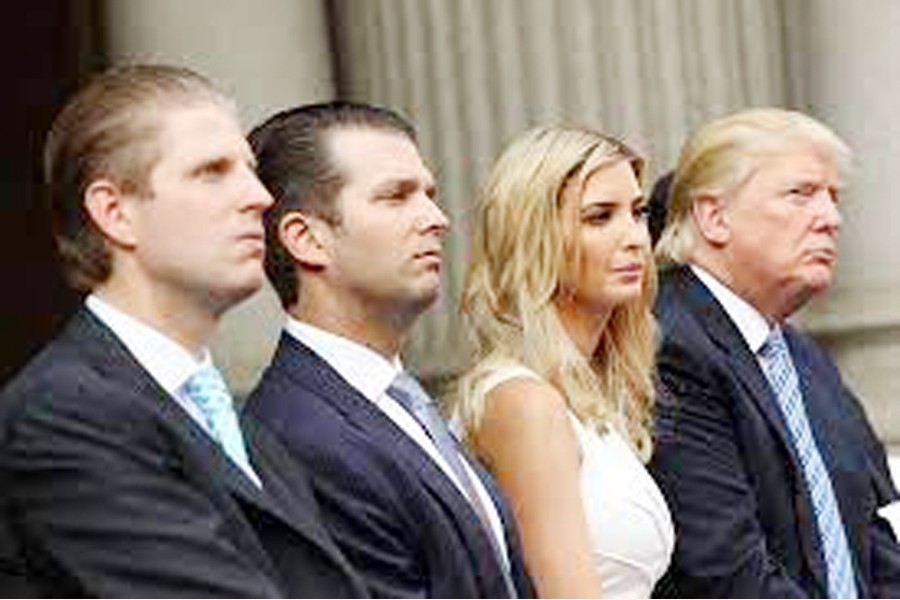 NEW YORK, Sept 22 (BBC): Donald Trump and three of his children have been hit with a fraud lawsuit after a New York investigation into their family company - the Trump Organization.

It alleges that they lied "by billions" about the value of real estate in order to get loans and pay less tax.

Mr Trump has dismissed the lawsuit as "another witch hunt".

The lawsuit has been brought by New York Attorney General Letitia James, who is the state's most senior lawyer, after a three-year civil investigation.

Her office does not have the power to file criminal charges, but is referring allegations of criminal wrongdoing to federal prosecutors and to the Internal Revenue Service.

"With the help of his children and senior executives at the Trump Organization, Donald Trump falsely inflated his net worth by billions of dollars to unjustly enrich himself and cheat the system," Ms James said in a statement.

She said Mr Trump's own apartment in Trump Tower, which was valued at $327m (£288m), was among the properties whose values were allegedly misrepresented.

"No apartment in New York City has ever sold for close to that amount," Ms James added.

Donald Trump and three of his children lied about the value of his properties - hotels, golf courses and other assets - in order to secure better loans and lower tax rates.