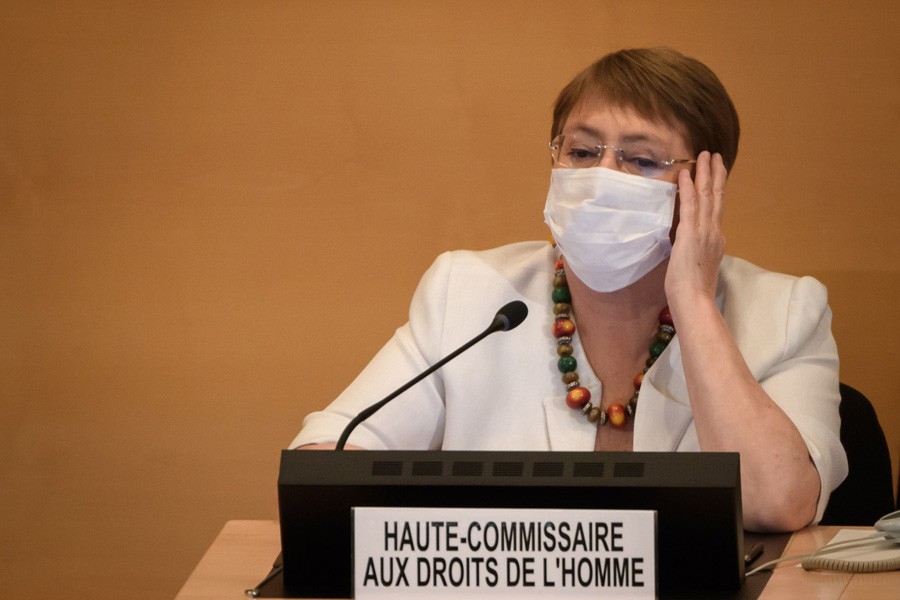 GENEVA, Jun 30 (AFP): The UN rights chief on Tuesday said COVID-19 was being instrumentalised to silence free speech, citing China and Russia, while voicing alarm at statements in the US that "deny the reality" of the virus.

UN High Commissioner for Human Rights Michelle Bachelet pointed to Russia, China, Kosovo, Nicaragua among others where "threats and intimidation against journalists, bloggers and civic activists, particularly at the local level, (were being used) with the apparent aim of discouraging criticism of the authorities' responses to COVID-19".

Bachelet also voiced concern about "severe restrictions on freedoms of expression" in Egypt and "excessive and arbitrary enforcement" of pandemic response measures in El Salvador.

"Censorship and criminalisation of speech are likely to suppress crucial information needed to address the pandemic," she told the 44th session of the United Nations Human Rights Council.

The former Chilean president said it was vital for leaders to maintain "consistent, credible and fact-based communication" with citizens, praising South Korea's "open" approach to its pandemic response.

"In contrast, in Belarus, Brazil, Burundi, Nicaragua, Tanzania and the United States-among others-I am concerned that statements that deny the reality of viral contagion, and increasing polarisation on key issues, may intensify the severity of the pandemic by undermining efforts to curb its spread," she said.

Opening the session in Geneva, Bachelet gave a global update on the COVID-19 pandemic's impact on human rights.

"Six months after the first cases were detected, it is clear that this epidemic threatens both peace and development-and that it calls for more civil, political, economic, social and cultural rights, not less," she said.