UN warns millions of Afghans are on 'verge of death', pleads with US, WB to unlock funds

Washington must listen to UN and release Afghan funds: Taliban 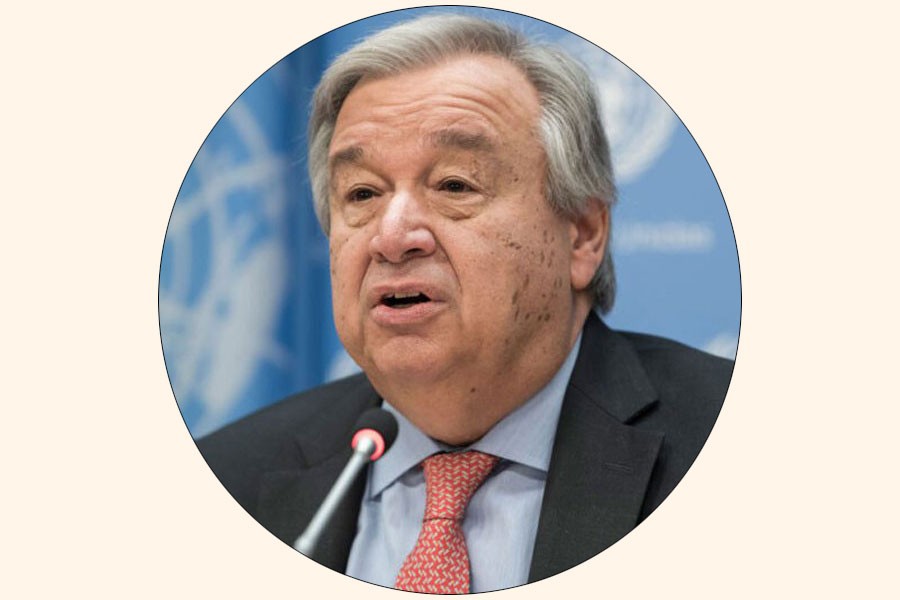 UNITED NATIONS, Jan 14 (AFP): UN Secretary-General Antonio Guterres on Thursday has warned that millions of Afghans are on the "verge of death", urging the international community to fund the UN's $5bn humanitarian appeal, release Afghanistan's frozen assets and jump-start its banking system to avert economic and social collapse.

The United Nations (UN) chief urged the United States and the World Bank (WB) to unfreeze Afghan funds, locked since the Taliban's return to power, to prevent "the nightmare unfolding in Afghanistan" from getting worse.

"We must... rapidly inject liquidity into the economy and avoid a meltdown that would lead to poverty, hunger and destitution for millions," Guterres told reporters in New York.

After the Taliban hardline Islamist movement seized power in mid-August as the United States ended its 20-year war in Afghanistan, the country has found itself on the brink of a humanitarian catastrophe.

Billions of dollars of assets are frozen by Washington, aid supplies are heavily disrupted and over half of the population faces the threat of famine.

Secretary-General Antonio Guterres told reporters on Thursday that "freezing temperatures and frozen assets are a lethal combination for the people of Afghanistan," and "rules and conditions that prevent money from being used to save lives and the economy must be suspended in this emergency situation."

Afghanistan's aid-dependent economy was already stumbling when the Taliban seized power in mid-August amid the chaotic departure of US and NATO troops after 20 years.

The international community froze Afghanistan's assets abroad and halted economic support, unwilling to work with the Taliban, given their reputation for brutality during their 1996-2001 rule and refusal to educate girls and allow women to work.

The UN has said 8.7 million Afghans are on the brink of starvation and Guterres said it was critical to rapidly inject liquidity into the Afghan economy "and avoid a meltdown that would lead to poverty, hunger and destitution for millions".

It's "absolutely essential" to avoid a breakdown, he stressed, "because with the present situation you have Afghans on the verge of death."

Meanwhile, the Taliban on Friday urged Washington to heed a call by the United Nations chief to unlock Afghan funds frozen in the United States, as a humanitarian crisis deepens.

US authorities froze billions of dollars in Afghan assets after the hardline Islamists seized power in August following the withdrawal of foreign forces.

On Thursday, UN Secretary-General Antonio Guterres called on Washington to take the lead and prevent "the nightmare unfolding in Afghanistan" by releasing capital.

"The United States must respond positively to the international voice and release Afghan capital," the Taliban government's spokesman Zabihullah Mujahid said on Twitter.

Washington has taken control of nearly $9.5 billion in assets belonging to the Afghan central bank.