With China in focus 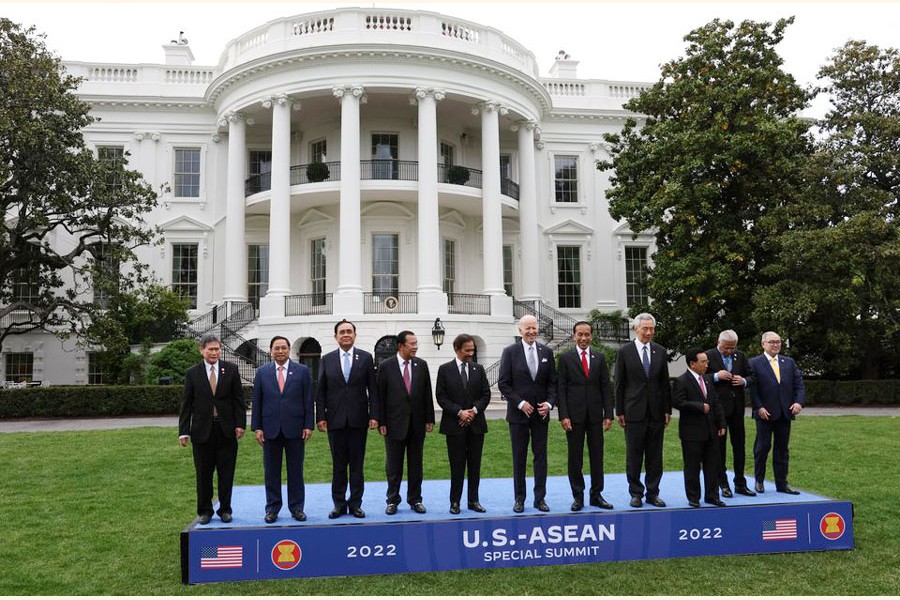 WASHINGTON, May 13 (Reuters): US President Joe Biden opened a gathering of Southeast Asian leaders with a promise to spend $150 million on their infrastructure, security, pandemic preparedness and other efforts aimed at countering the influence of rival China.

On Thursday, Biden started a two-day summit with the 10-nation Association of Southeast Asian Nations (ASEAN) in Washington with a dinner for the leaders at the White House ahead of talks at the State Department on Friday.

Biden smiled broadly as he took a group photo on the South Lawn of the White House before the dinner with representatives from Brunei, Indonesia, Cambodia, Singapore, Thailand, Laos, Vietnam, Malaysia and the Philippines.

While Russia's invasion of Ukraine is on the agenda, Biden's administration hopes the efforts will show the countries that Washington remains focused on the Indo-Pacific and the long-term challenge of China, which it views at the country's main competitor.

Responding to Biden's latest move, Chinese foreign ministry said it welcomes any cooperation that promotes sustainable development and prosperity in the region.

"China and ASEAN do not engage in zero-sum games and do not promote bloc confrontation," ministry spokesman Zhao Lijian told reporters in Beijing on Friday.

"We need to step up our game in Southeast Asia," a senior US administration official told reporters. "We are not asking countries to make a choice between the United States and China. We want to make clear, though, that the United States seeks stronger relationships."

The new financial commitment includes a $40 million investment in infrastructure intended to help decarbonize the region's power supply and $60 million in maritime security, as well as some $15 million in health funding to aid in early detection of Covid-19 and other respiratory pandemics, an official said. Additional funding will help the countries develop digital economy and artificial intelligence laws.

The US Coast Guard will also deploy a ship to the region to help local fleets counter what Washington and countries in the region have described as China's illegal fishing.

Still, the commitments pale in comparison to China's deep ties and influence.

Biden is working on more initiatives, including "Build Back Better World" infrastructure investment and an Indo-Pacific Economic Framework (IPEF). But neither are finalised.