US should abandon maximum pressure for talks: Iran 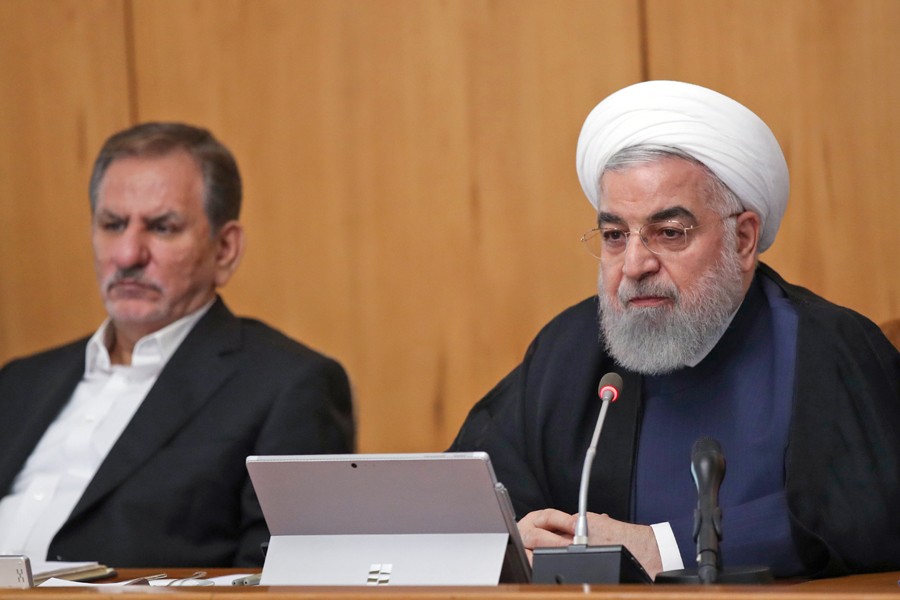 "Negotiations under maximum pressure is impossible," Rouhani was quoted as saying by official IRNA news agency.

"If the Americans want talks, they should stop all pressures" against Iran, Rouhani said in a cabinet meeting on Wednesday.

On Tuesday, Iran's Supreme Leader Ayatollah Ali Khamenei said that Iranian officials unanimously rule out talks with the United States at any level.

"Through negotiations, they (the Americans) are seeking to impose their demands on Iran and prove the effectiveness of 'maximum pressure campaign'," Khamenei said.

U.S. President Donald Trump withdrew the United States from the 2015 Iran nuclear deal in May 2018 under the pretext that the deal was not comprehensive, saying it did not address the development of Iran's ballistic missile projects.

Meanwhile, Iran warned the U.S. that any action taken against it following an attack on Saudi oil installations will "immediately" be met with a response from Tehran, its state-run news agency reported Wednesday, further raising Mideast tensions.

Iran's president and foreign minister also may skip next week's high-level meetings at the United Nations as the U.S. has yet to issue them visas, IRNA reported.

The U.N. meeting had been considered as an opportunity for direct talks between Iranian President Hassan Rouhani and President Donald Trump amid a summer of heightened tensions and attacks in the wake of America's unilateral withdraw from Iran's nuclear deal with world powers a year ago.