War crimes risk grows for US over Saudi attacks in Yemen 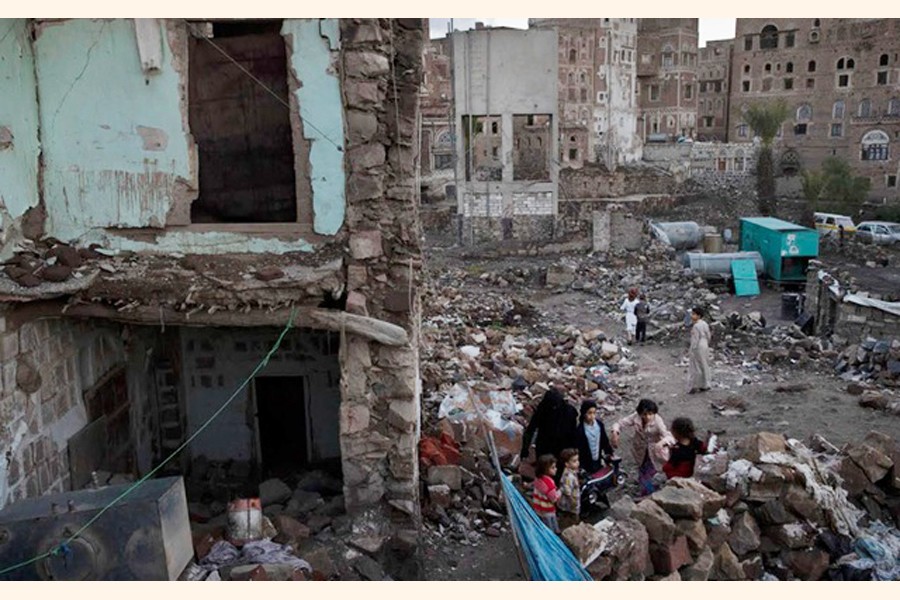 NEW YORK, Sept 15 (New York Times): When President Donald Trump hosts the signing of a diplomatic agreement between Israel and the United Arab Emirates on Tuesday, the White House ceremony will also serve as tacit recognition of Trump's embrace of arms sales as a cornerstone of his foreign policy.

The president sweetened the Middle East deal with a secret commitment to sell advanced fighter jets and lethal drones to the Emirates. But White House officials are working to push through the weapons transfer in the face of broader concerns that the president's arms-sale policies could lead to charges of war crimes against US officials, a New York Times examination has found.

Those concerns - stemming from US support for Saudi Arabia and the Emirates as they have waged a disastrous war in Yemen, using U.S. equipment in attacks that have killed thousands of civilians - will be the subject of congressional hearings Wednesday.

House lawmakers are expected to question top State Department officials over their role in keeping weapons flowing into the conflict and burying recent internal findings on civilian casualties and the legal peril for Americans.

Interviews with more than a dozen current and former US government officials show that the legal fears related to the arms sales run far deeper than previously reported.

Over the course of two presidential administrations, those concerns have prompted some officials to consider hiring their own lawyers and discuss the risk of being arrested while vacationing overseas.

United Nations investigators last week issued a detailed report on atrocities in Yemen that asked the Security Council to refer actions by all parties to the International Criminal Court for potential war crimes prosecution.