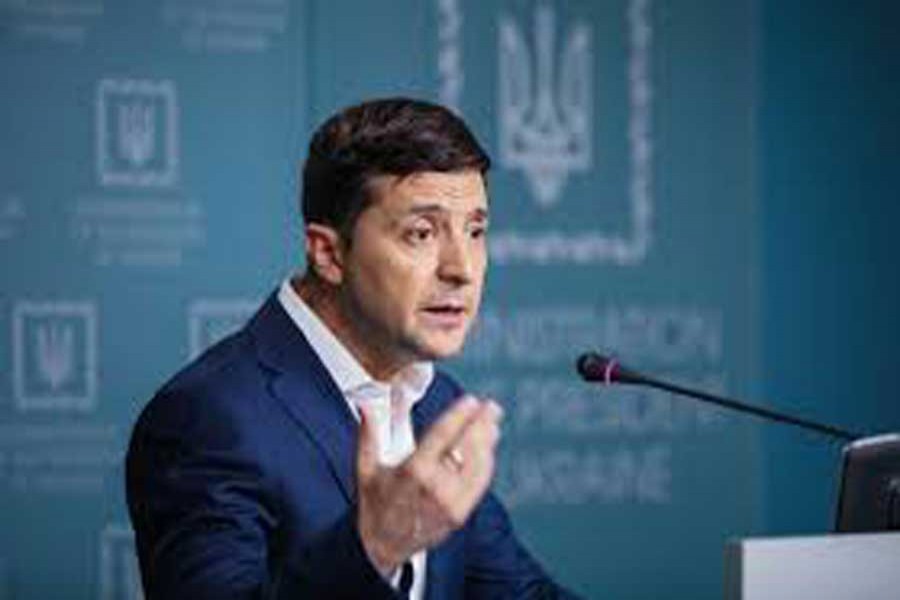 WASHINGTON, Dec 02 (Agencies): The White House declared on Sunday it would not participate in the first impeachment hearings before the House Judiciary Committee as Democrats prepared to approve their report Tuesday making the case for President Donald Trump's removal from office.

The Democratic majority on the House Intelligence Committee says its report will speak for itself in laying out possible charges of bribery or "high crimes and misdemeanors," the constitutional standard for impeachment. After receiving the report, the Judiciary Committee would prepare actual charges.

That committee's first hearing was already set for Wednesday and was expected to feature four legal experts who will examine questions of constitutional grounds as the committee decides whether to write articles of impeachment against Trump, and if so, what those articles would be.

Meanwhile, Ukraine's president on Monday renewed his denial of a quid pro quo with Donald Trump over military aid, despite a growing case against the US president in impeachment proceedings in Washington.

"I did not speak with US President Trump in those terms: you give me this, I give you that," Volodymyr Zelensky said in an interview with European publications including Germany's Der Spiegel magazine.

In remarks published in German, Zelensky said he "did not understand at all" the accusations heard at the hearings and did not "want to give an impression that we are beggars" in Ukraine.

The scandal centres around a phone conversation on July 25 in which the Republican leader is suspected of putting pressure on Ukraine to launch investigations against former Democratic vice president Joe Biden and his son Hunter, who worked for a Ukrainian gas company.

The White House was invited to attend the Wednesday hearing, but its counsel declined in a fiery letter released Sunday evening.

Trump himself was scheduled to attend a summit with NATO allies outside London on Wednesday.

Cipollone's letter applied only to the Wednesday hearing, and he demanded more information from Democrats on how they intended to conduct further hearings before Trump would decide whether to participate in those hearings.

House-passed rules provide the president and his attorneys the right to cross-examine witnesses and review evidence before the committee, but little ability to bring forward witnesses of their own.

Republicans, meanwhile, wanted Democratic Rep. Adam Schiff, chairman of the Intelligence Committee, to testify before the Judiciary Committee, though they have no power to compel him to do so, as they joined the White House effort to try to cast the Democratic-led inquiry as skewed against the Republican president.

"If he chooses not to (testify), then I really question his veracity in what he's putting in his report," said Rep. Doug Collins, the top Republican on the Judiciary Committee.

"It's easy to hide behind a report," Collins added. "But it's going to be another thing to actually get up and have to answer questions."

Schiff has said "there's nothing for me to testify about," that he isn't a "fact" witness and that Republicans are only trying to "mollify the president, and that's not a good reason to try to call a member of Congress as a witness."

Coming after two weeks of public testimony and two months of investigation, the findings of the Intelligence Committee report were not yet publicly known.

But the report was expected to focus mostly on whether Trump abused his office by withholding military aid approved by Congress and a White House meeting as he pressed Ukrainian President Volodymyr Zelenskiy to launch investigations into Trump's political rivals.

Democrats also were expected to include an article on obstruction of Congress that outlines Trump's instructions to officials in his administration to defy subpoenas for documents or testimony.

Democrats were aiming for a final House vote by Christmas, which would set the stage for a likely Senate trial in January.

"I do believe that all evidence certainly will be included in that report so the Judiciary Committee can make the necessary decisions that they need to," said Rep. Val Demings, D-Fla., a member of both the Intelligence and Judiciary committees.

She said Democrats had not yet finalized witnesses for the upcoming Judiciary hearings and were waiting to hear back from Trump on his plans to present a defense.