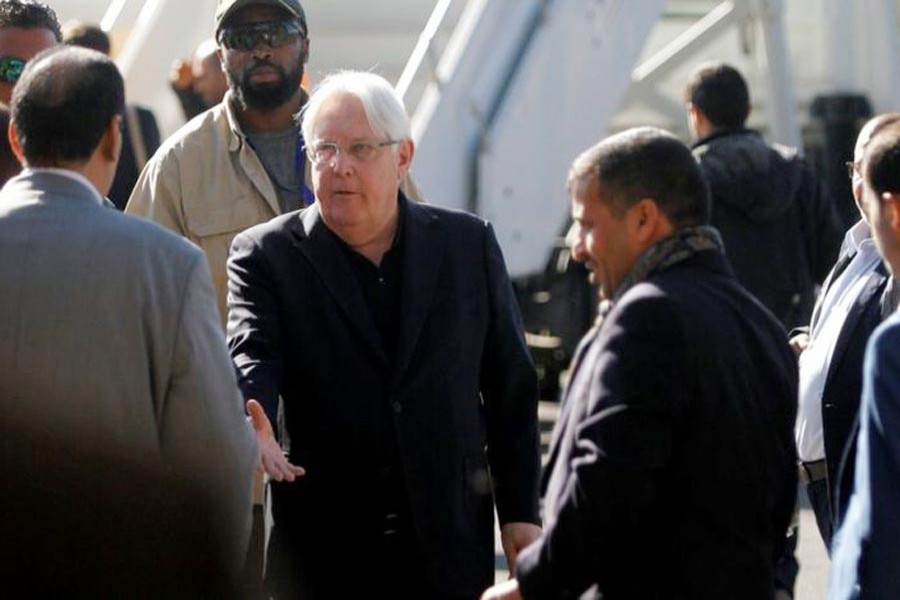 STOCKHOLM, Dec 06 (BBC): Peace talks aimed at ending nearly four years of civil war in Yemen, described by the UN special envoy as an important milestone, have started in Sweden.

Martin Griffiths announced the signing of a prisoner swap deal that would see thousands of families reunited.

His team is working alongside delegations from the Yemeni government and the Houthi rebels to enable informal talks due to last a week.

The war has caused the world's worst humanitarian crisis in recent times.

Thousands of people have died in fighting and millions have been pushed to the brink of starvation.

Consultations are resuming for the first time since 2016. The last attempt at a negotiated peace collapsed in September when the Houthis failed to show up for talks in Geneva.

The latest talks are not expected to deliver a breakthrough. Correspondents say the key aim of this round is to prevent an all-out battle for the rebel-held Red Sea port of Hudaydah where thousands of civilians are trapped.

The UN also hopes to come up with a framework for talks on what a future political solution in Yemen will look like.

"During the coming days we will have a critical opportunity to give momentum to the peace process," Mr Griffiths told reporters as talks began at a renovated castle in Stockholm on Thursday.

The UN envoy also confirmed that an agreement had been signed by both sides allowing for the exchange of prisoners, designed as a confidence-building measure.

He did not specify numbers but said that thousands of families would benefit from the move.

Hours before talks were due, the Yemeni authorities demanded on Twitter that the rebels withdraw from Hudaydah and hand control back to the government.

Meanwhile, a top Houthi rebel has threatened to stop UN planes from accessing the main airport in Sanaa unless the talks lead to its full opening for all passenger flights. The airport has been closed for two years due to the fighting.

The Houthis currently control the capital Sanaa and many populated areas, while the ousted government is based in the southern city of Aden.

In the build-up to the talks, Mr Griffiths successfully negotiated the evacuation of 50 wounded Houthis to Oman for treatment.

In an op-ed for the New York Times on Thursday, he said the talks offered a "glimmer of hope".

So deep is distrust between warring sides that even showing up for talks for the first time in two years is a significant breakthrough and an achievement for UN envoy Martin Griffiths.

Confidence-building measures which made this happen, including a commitment from both sides to release hundreds of prisoners, have been called a "huge step".

Stockholm is about small steps. There won't be talk of ceasefires, even around the key port of Hudaydah, Yemen's lifeline. The language is of de-escalation and restraint.

The Saudi-led coalition and its Yemeni government allies still believe taking Hudaydah from the Houthis is the best way to bring an end to this war. Houthis aligned to Iran are digging in.

Mr Griffiths wants them to, at least, start talking about a different future, and start taking steps which can ease a dire humanitarian crisis. Yemen desperately needs to avert an even greater disaster. But the logic of war still prevails, and tragically so.