The finance minister has proposed a set of 'incentives', including an increase in the tax-free threshold for dividend income from the listed companies, in a bid to make the country's capital market vibrant.

AHM Mustafa Kamal came up with the proposals for incentives in the national budget for the upcoming fiscal year (FY) 2019-20 placed in parliament on Thursday.

At present, dividend income up to Tk 25,000 earned from the publicly traded companies is exempted from tax.

"With a view to incentivising the small investors and strengthening the capital market, I propose to enhance this limit up to Tk 50,000," said the minister in his budget speech.

However, this exemption would only be applicable for the individual taxpayers, he said.

To encourage the recommendation of cash dividend by the listed companies, the finance minister has also proposed a 15 per cent tax on stock dividend distributed to shareholders by any listed company.

The government has proposed this tax as investors are deprived of their well-deserved return amid frequent disbursement of stock dividend.

In this regard, the finance minister said investors expect cash dividends from their investment in the shares of a company.

"From that point of view, cash dividend plays an important role in increasing the value of the share and also strengthening the share market." 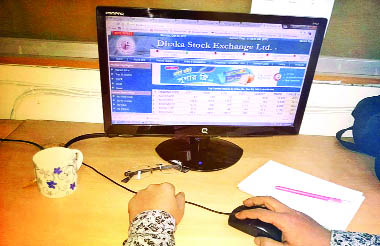 "But we observed that the companies are generally distributing stock dividend instead of cash dividend," he said.

"As a result, investors are deprived of their well-deserved return. In order to encourage the distribution of cash dividend, I propose imposition of 15 per cent tax on stock dividend distributed to the shareholders by any listed company."

To ensure proper distribution of profits among investors, the government has also proposed a 15 per cent additional tax on retained earnings and reserves.

According to the government's observation, some companies retain or reserve the net profit instead of distributing dividend to the investors.

"For this reason, investors are deprived of getting dividend from their investment and this in turn is adversely affecting our share market," said the finance minister.

For the sake of smooth operation of capital market, this tendency has to be addressed, he added.

"Therefore, I propose imposition of 15 per cent additional tax on so much of retained earnings and reserves as it exceeds 50 per cent of the paid up capital of the company."

To promote the foreign investments, the government has also proposed to extend the application of provision regarding dividend income to non-resident companies.

A provision was made in the income tax ordinance last year to avoid the multilayer taxation on dividend income, according to the budget speech.

The proposal of merger of a weak company with another one having strong base will also be considered, he added.

In an instant reaction, Minhaz Mannan Emon, a director of the Dhaka Stock Exchange, said this is the most capital market-friendly budget so far.

The proposal for imposition of a 15 per cent tax on stock dividend will benefit the general investors, he told the FE.

The proposal for merger between a weak company and a strong company would give much-needed relief to worried investors, as such a move might help a weak company to turn around, he said.