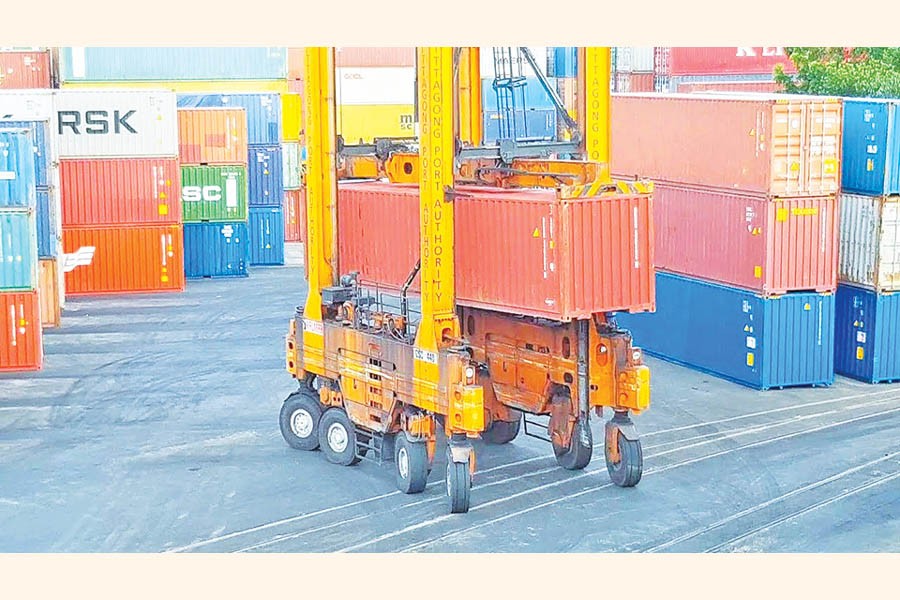 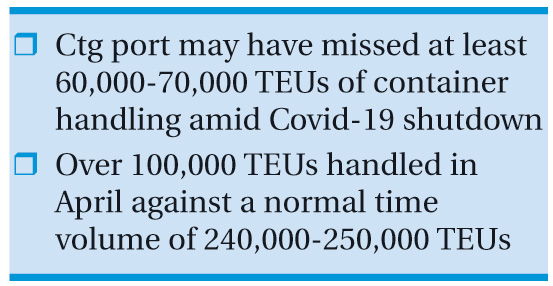 The growth in container handling at the country's prime sea port of Chittagong slowed down to nearly 3.0 per cent in the just-concluded fiscal year due to poor shipment.

This is provisional statistics prepared by the Chittagong Port Authority.

The shipment was hit hard in May when merchandise export slumped by over 60 per cent as a result of poor demand for Bangladeshi goods in Europe and the USA.

Import also nosedived in May dipping by over 31 per cent to US$ 3.5 billion, according to Bangladesh Bank.

But people familiar with the development at the port said there were some signs of export recovery in June last.

The volume of both export and import will grow in July and August months, they predicted.

The country's main maritime facility, which handles over 90 per cent of the country's total external trade, handled a total of 3.04 million TEUs in the year through June 30. It had handled 2.9 million TEUs a year earlier.

"Port activities were affected in April last when all economy faced setbacks due to the general holidays," said an official at the port working with the traffic department.

He also said at that time port activities were almost halted as consignees had avoided to take delivery of goods fearing the poor demands for the imported goods.

He, however, said the port activities have now returned to almost normal.

The country's trade is dominant by imports. But port considers outgoing containers both empty and loaded as shipment.

But the outgoing containers consist of 50 per cent shipped goods exports and the remaining 50 per cent go empty.