A number of regulatory bodies Thursday decided to make coordinated efforts for revamping the country's moribund bond market and help it meet the long-term financing need of the economy. 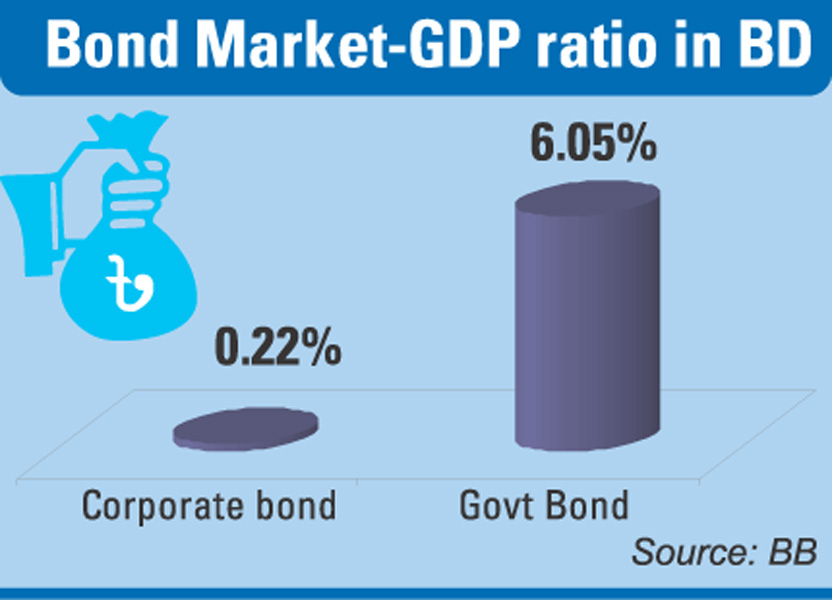 The meeting held at the central bank headquarters in the capital on Thursday was convened a couple of days after incumbent finance minister's emphasis on making the country's bond market vibrant. BB Governor Fazle Kabir presided over the meeting.

A coordinated effort has already been initiated to raise Tk 8.78 trillion from the bond market for achieving 8.0 per cent plus economic growth by 2021, according to the officials. To this end, two committees have been formed.

One committee is headed by Md. Ashadul Islam, Secretary, Financial Institutions Division of the Ministry of Finance and another by BB General Manager Md Khurshid Ala.

Officials said the country needs substantial amount of long-term funds for investment to help the country achieve economic growth at the rate of 8.0 per cent and above.

Both bond market and banks need to be major sources of funds for an economy that aspires to achieve an 8.0 per cent plus growth by the end of the fiscal year (FY) 2020-21, they added.

"The regulators have agreed to extend their support to the efforts for developing the bond market." SK Sur Chowdhury, banking reforms advisor and former deputy governor of the BB, told the FE at the end of the meeting.

He also said there is no alternative to boosting the bond market for facilitating industrialisation of the country.

"We've to develop the bond market immediately for creation of a long-term financing source," the senior central banker explained.

Talking to the FE, another central banker said tax structure should be streamlined soon to encourage corporate entities for issuing corporate bonds in Bangladesh.

The central banker also said the corporate bond market in Bangladesh, however, remains underdeveloped mainly due to disclosure rules and strict governance norms of the market.

For funds, corporate borrowers prefer to rely on banks instead of the bond market to avoid the need for complying with disclosure requirements and strict governance norms of the market, he noted.

"In the absence of a sufficient large corporate bond market, an overly large burden of corporate lending is taken on by the banking system, thus, creating maturity mismatch in the market," the central bank has said in a study report earlier.

In such an environment, the over-sized banking system becomes a fertile ground for crony capitalism, resulting in lax lending criteria and relaxed investment standards by companies, it added.