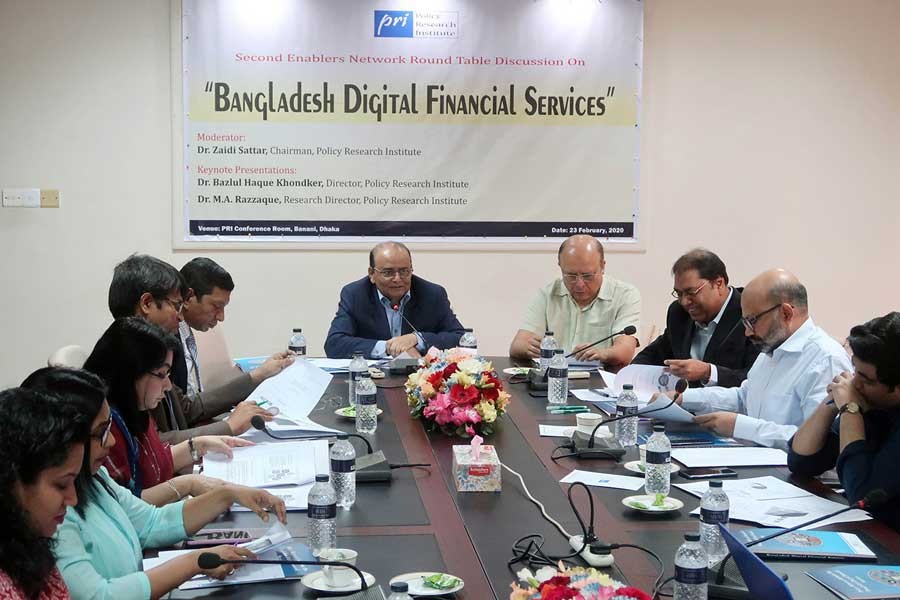 The government should avoid dual regulations or 'territorial disputes' of authorities over the right to regulate the service, as it would further complicate the complex MFS or DFS, they said. 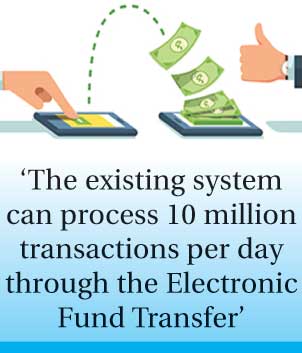 They suggested that the central bank should develop an interoperable payment system for all digital financial service providers with the participation of stakeholders.

They also pointed out that if the government plans to introduce a new subsidised player in the market, the 'new player' must also obtain licence from the central bank and run its activities under the same regulation.

The experts made the observation at the roundtable on 'Bangladesh Digital Financial Services' organised by the Policy Research Institute of Bangladesh (PRI) at its office in the city.

PRI Chairman Dr Zaidi Sattar said the fast expansion of digital or mobile financial service in Bangladesh is a revolution within the Fourth Industrial Revolution.

The MFS has contributed a lot to the financial inclusion and it has made transactions easy, he said.

There is much bigger contribution of MFS to the GDP, he pointed out, adding: "We are still missing a big part of productivity contributed by MFS, which is not used in GDP measurement."

He said there is an enormous scope for expansion of MFS in Bangladesh.

The national social security system gets 14 per cent of the budgetary allocations, with 31.5 million beneficiaries receiving cash from the government, but only 1.29 per cent of these services are digitised, he pointed out.

He also said the regulator should introduce fintech sandboxing guidelines for new and innovative products in the market.

Executive Director of Bangladesh Bank (BB) Debdulal Roy said that before starting its operations through a partnership with the Postal Department, Nagad applied for a licence but was refused by the BB due to its lack of capacity.

"Having been motivated by the BB officials, Nagad has recently re-applied to the BB to come under its regulation," Mr Roy said, adding that it is vital to bring all the DFS providers under a uniform regulation for better management.

"BB is now reviewing Nagad's application and it will come under BB regulation," he added.

The central bank has already introduced QR code system for all the service providers, Mr Roy said, adding that the regulatory body has also given a guideline for Bangla QR code format.

Regarding the infrastructure capacity of the central bank to manoeuvre growing number of transactions, he said: "The existing system can process 10 million transactions per day through the Electronic Fund Transfer (EFT)."

Responding to a query, the central banker said the regulator is not allowing DFS providers and FinTech in the non-bank financial sector as there are many complexities, including political influences.

"The Prime Minister and her ICT Adviser instructed in 2009 that any financial services should come under Bangladesh Bank," he said.

"So Nagad cannot be out of its periphery," he said.

"But other 27 licensees couldn't do well although there is room for more MFS players in the market," he said.

He also said all players should come under a single regulation.

BKash CEO Kamal Quadir said all players in the market should participate in the process of developing interoperability system.

He also said bKash incurred loss in the last financial year, but still it is investing to build infrastructure.