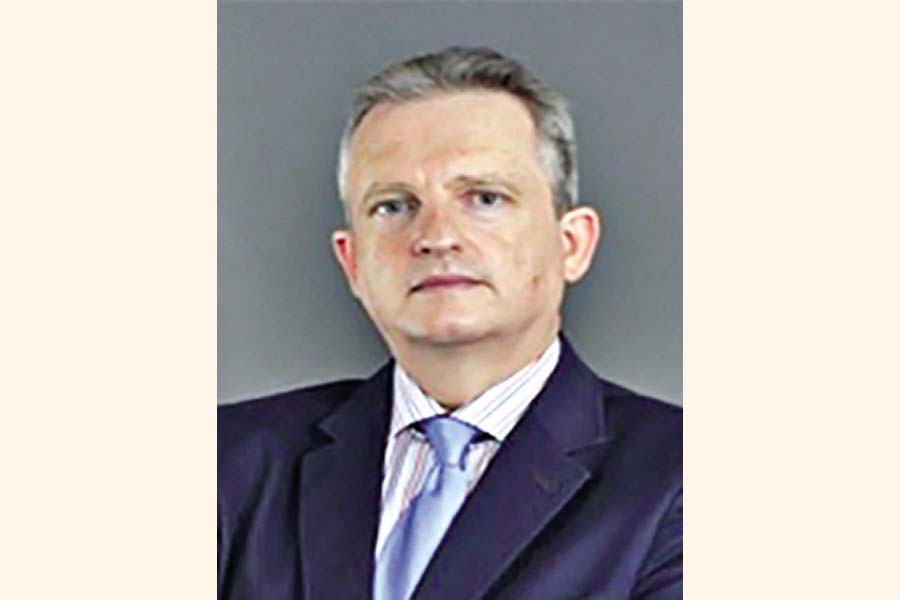 Ambassador of Spain in Bangladesh Francisco Benitez has expressed his country's earnest desire to deepen its relations with Bangladesh in areas of trade and commerce and beyond.

He was talking to a select group of journalists on Wednesday at the official residence of the Embassy of Spain in Dhaka.

Mr Benitez highly praised Bangladesh's achievements in various fields in recent years. He, however, said the most success stories of Bangladesh, a country that once used to be seen as more of a failed state, are not well-publicised in the outside world.

Pointing to the growing bilateral trade between Bangladesh and Spain, the ambassador could not hide his frustration over a huge trade gap, favouring Bangladesh. Bangladesh exports goods worth around $3.0 billion to the European Union (EU) member country while imports products valued at about $200 million from it annually, he said, noting that high import tariff remains a barrier to the growth of exports from Spain to Bangladesh.

Mr Benitez identified the lack of diversification of export items as a serious problem for Bangladesh and maintained that some Bangladeshi products had great export potential.

He also found tourism as yet another untapped area of Bangladesh. The country can sell well to the outside  tourists its unique natural beauty through meticulous planning, he felt.

Mr Benitez sought Bangladesh's support for the Spanish city of Malaga's candidacy for hosting the International Expo in 2027.

The title of Málaga´s proposal is "The urban Era: Towards a Sustainable City". It would be held from June 05 to September 05, 2027.