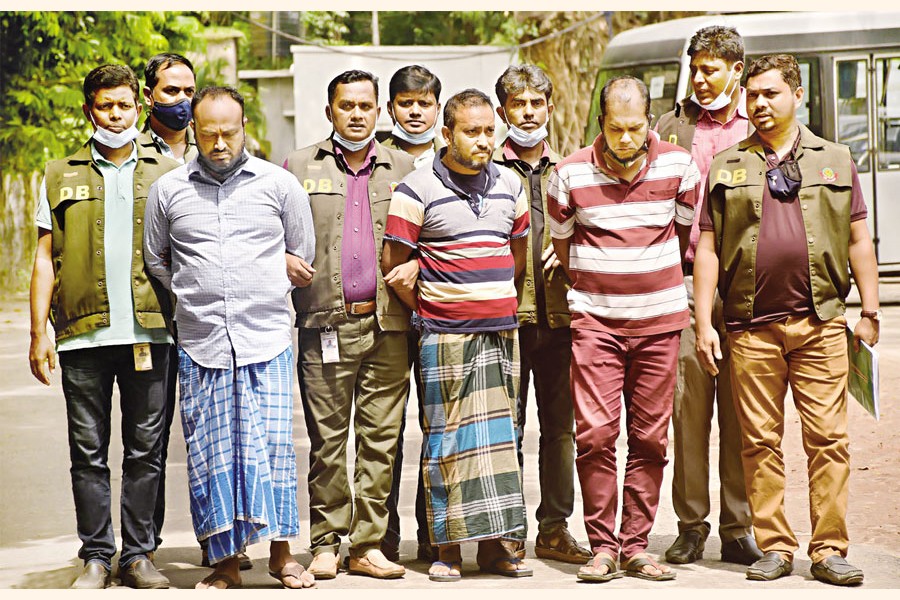 The three suspected robbers nabbed by detectives during raids in the capital, Savar and Jashore district on Wednesday. They were held for allegedly robbing people targeting them in money-exchange areas, banks and financial institutions — Focus Bangla

Detectives have arrested three suspected members of an inter-district robber gang with arms in connection with robbery on Mouchak flyover in the city and Sanarpar area in Narayanganj district.

The arrestees are Jalil Molla, Riyaj and Dipu.

Two foreign pistols used in the robbery, 50 bullets, two motorcycles and Tk 0.1 million cash were seized from their possession.

A case has been filed with Kotwali thana over the seizure of arms, said the official.