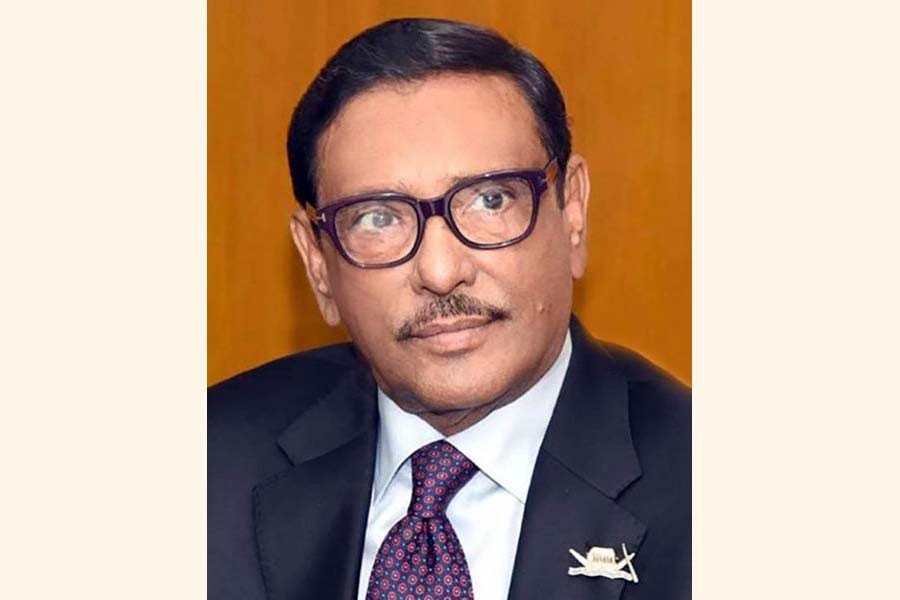 Awami League (AL) general secretary Obaidul Quader on Wednesday said if BNP wants to create anarchy centering its rally in the name of movement, it will be handled with an iron hand, reports BSS.

"If BNP adds elements of violence to its movement, the Awami League along with the people will give a befitting reply to it," he told a press briefing at the Secretariat here.

Quader, also the road transport and bridges minister, questioned: "Why did the BNP select the December 10 for its rally? Did not BNP know the history of Bangladesh?"

Mentioning that the blueprint of killing the intellectuals started on December 10 in 1971, he said the Pakistani occupation forces and Albadars picked up two journalists - Siraj Uddin Hossain and Syed Nazmul Haque - on December 10.

The AL general secretary said the most brutal incident - the killing of intellectuals - was carried out in Bangladesh from December 10 to 14 during the Liberation War.

Recalling that the cultural personalities, journalists and doctors were picked up and killed during that time, he said it is a question now why BNP chose to hold the rally on December 10.

Quader said the BNP does not want to go to Suhrawardy Udyan to hold its rally as the 7 March speech of Father of the Nation Bangabandhu Sheikh Mujibur Rahman was delivered at Suhrawardy Udyan and the speech was recognised by the United Nations as one of the best speeches of all time.

Suhrawardy Udyan is a historical place where Pakistani occupation forces surrendered in 1971, he said.

Asking why BNP did not choose Suhrawardy Udyan as the venue of its rally, the AL general secretary said the Udyan is a historical ground and there is a huge space where all major rallies and national conferences of the AL are held.

"So why did BNP choose to hold their rally in a small area in front of their party office, where the space is around 35,000 square feet," he asked.

"Why the BNP is so determined to hold its rally in front of the party office? Do they have any ill-motive behind it?" Quader questioned, saying that the AL men will remain alert on December 10.