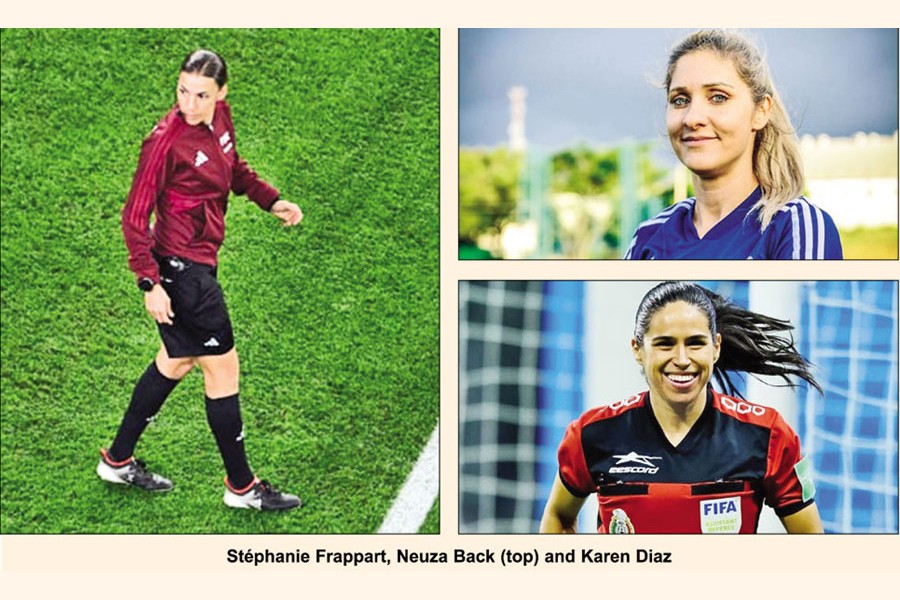 Stephanie Frappart will be the first woman to referee at a men's World Cup. The Frenchwoman became the first female official at the tournament when she was named as the fourth official for Mexico and Poland's game last Tuesday. "We know the pressure," Frappart told the news agency before the tournament.

"But I think we will not change ourselves. Be calm, focused, concentrate, and don't think too much about the media and everything, just be focused on the field."

She became the first woman to referee a men's Champions League game in 2020.