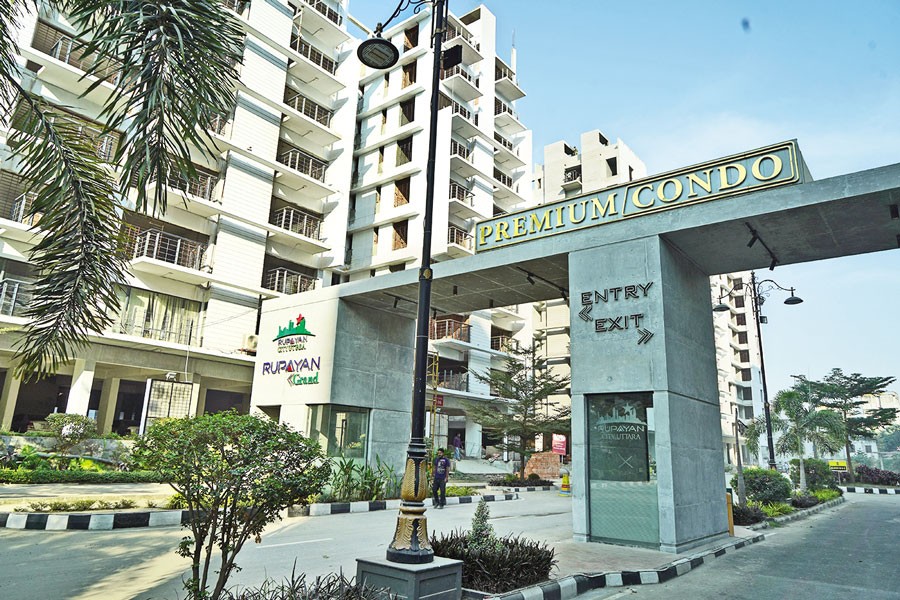 In this city, we do not even find a place where we can breathe in fresh air. There is no yard at home, no trees or areas that provide a shade. It's hard to remember, when we last felt the grass with our bare feet. There was a time when people used to live together in a joint family. With the course of time, we are gradually losing the stories of growing up and with whom we shared our happiness and sorrows. Though there are still some areas where people live in a joint family, but the trend seems to be fast losing ground. Moreover, Dhaka seems to be engulfed in a chaotic traffic, water blockage through rain, noise pollution of horns, and dust.

To resolve this scenario, a well-planned and eco-friendly housing solution needs to be developed. Keeping this in mind, an unprecedented concept of 'Break the Square Feet Story' was introduced by Rupayan that goes beyond the norms of the traditional housing settlements.

Determined to break the shackles of living with the square feet story, a planned Mega Gated City has been developed with 63 per cent open space, 42 per cent greenery, and three levels of security within an expanse of 150 bighas of land. Here, people of all ages can enjoy the safe environment of living in an open space amid greenery with facilities like school, mosque, playground, gym, wide walking space, 6.5 km jogging track, sitting area, and thus create a bond to live with mutual respect.

It offers a rare way of living in the midst of nature that ensures proper physical and mental development.

A proud resident of Rupayan City Uttara stated: "In the realm of the housing sector, Rupayan City Uttara will stand out as a role model. Being inspired by it, there will be more cities like it. The things I enjoy the most are the open spaces and greenery of this city."

Facilities like mosque, school, playground and swimming pool in the basement ensure well-rounded living in safety. One can also witness beautiful lights in the evening on footpaths, road dividers and crossroads, transforming Rupayan City Uttara into a wonderful place of pleasurable viewing.

"Just a few days back, 315 condos of Rupayan Majestic, a part of the premium Condo of Rupayan City, were handed over to their proud owners. But it doesn't end here; we have arrived with our next promise, Rupayan Grand to "Think Grand and Live Grand", the biggest and almost complete condominium project in the country.

"There is a total of 577 condos at Rupayan Grand from 2,100 sqft to 3,150 sqft. Internal development of some of the buildings is also complete. Presently, the roads beside the buildings are being developed. A community club building has been built for the residents of Rupayan City Uttara. You will also find splendours of living like a swimming pool, gym and indoor games facility for guests."

"We are always doing research to provide the best possible services to the residents of Rupayan City Uttara. Basements of three to four buildings have been attached and made together, so that if an earthquake occurs, the buildings can take more pressure than other ordinary buildings. In case of fire, the firefighters can operate from every side of the buildings.

"We believe that our housing will sustain year after year in the midst of the green of mother nature."