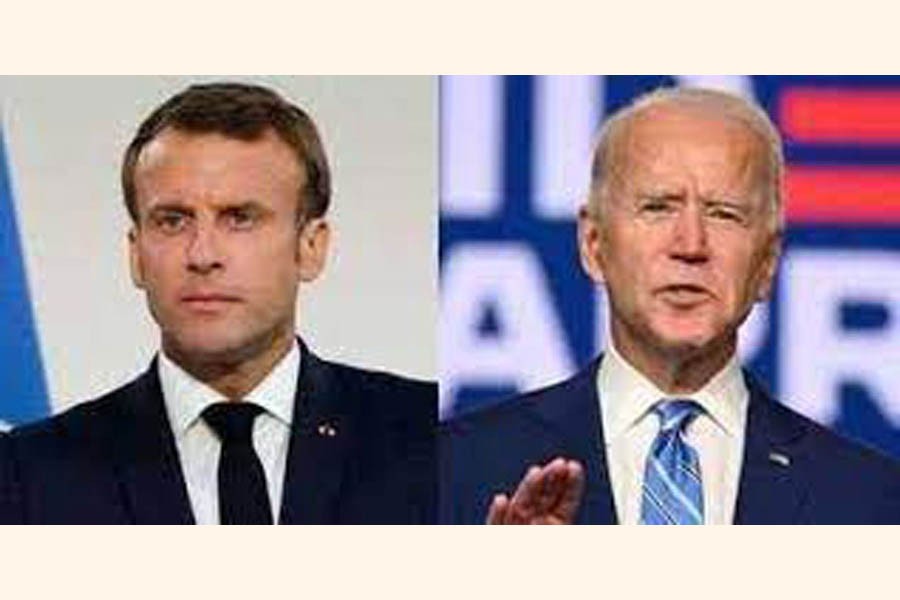 PRIS, Sept 23 (BBC): France and the US have made efforts to end a row which started last week with the announcement of the Aukus defence pact between the US, UK and Australia.

The pact cost France a deal worth $37bn (£27bn) to build submarines for Australia.

Paris said it found out only hours before the public announcement.

The American and French presidents have now issued a joint statement saying the situation would have benefited from open consultations between allies.

Joe Biden and Emmanuel Macron spoke by phone for half an hour on Wednesday. They will also meet in Europe at the end of next month.

Announced last week, Aukus is widely seen as an effort to counter China's influence in the contested South China Sea.

Analysts have described it as probably the most significant security arrangement between the three nations since World War Two.

But French anger over the pact had been palpable. French Foreign Minister Jean-Yves Le Drian called it a "stab in the back". In a rare step among allies, Mr Macron had ordered the recall of the French ambassadors to Washington and Canberra.

President Biden reaffirmed the importance of French and European engagement in the Asia-Pacific region.

And the statement underlined US recognition of the importance of stronger European defence which France has been spearheading for years - as a complement to the trans-Atlantic Nato alliance.

The BBC's Washington correspondent Nomia Iqbal described the statement as a non-apology from the Americans: an apology to the French for the lack of consultation, but not for the policy itself (Aukus).