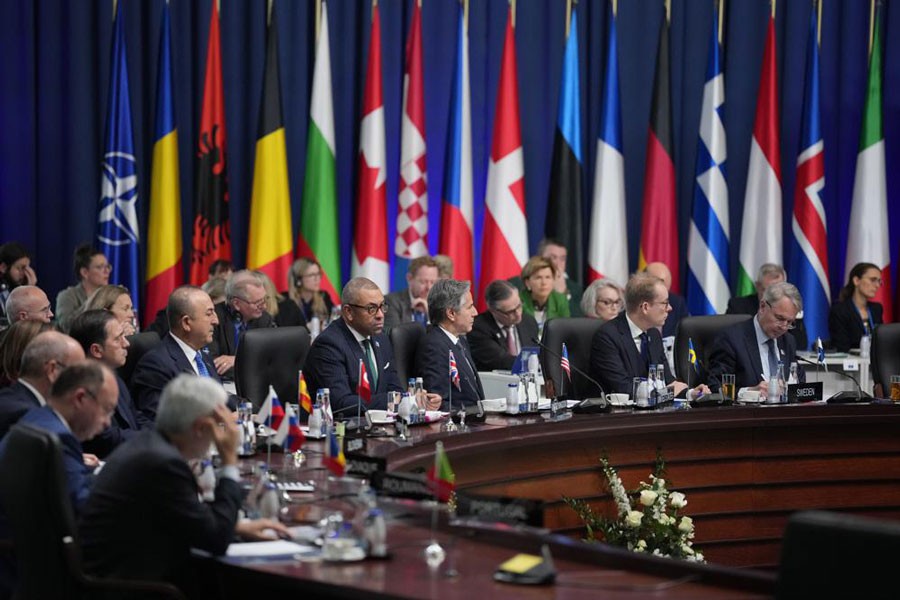 BUCHAREST, Nov 20 (AP): NATO doubled down Tuesday on its commitment to one day include Ukraine, a pledge that some officials and analysts believe helped prompt Russia's invasion this year. The world's largest security alliance also pledged to send more aid to Ukrainian forces locked in battle with Russian troops.

He highlighted that North Macedonia and Montenegro had recently joined NATO, and said Russian President Vladimir Putin "will get Finland and Sweden as NATO members" soon. The Nordic neighbors applied for membership in April, concerned that Russia might target them next.

"Russia does not have a veto" on countries joining, Stoltenberg said. "We stand by that, too, on membership for Ukraine."

When they met in Bucharest in 2008, NATO leaders said Ukraine and Georgia would join the alliance one day.